You are here: Home » Articles filed under: 'News' » Article: 'Honours for Museum Staff'

CAMD congratulates Mary-Louise Williams, former Director of the Australian National Maritime Museum (ANMM) who was awarded an AM in the Australia Day Honours list.  Mary-Louise was Director of the ANMM for over ten years and an active member of CAMD’s Executive comittee until her retirement in 2011 .  She was awarded the AM for her significant service to the museum sector and the preservation of maritime history.

Also recognised in the Honours list was Dr Mike Smith, a Senior Research Fellow at the National Museum of Australia (NMA).  Dr Smith, who has spent the last 30 years reconstructing the environmental and Aboriginal histories of Australia’s arid interior, was recognised for his significant service to archaeological scholarship, particularly of the Australian desert regions. 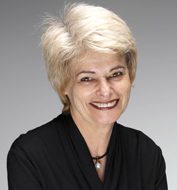 Mary-Louise Williams, former Director, Australian National Maritime Museum
Positions Vacant » View All
» Senior Cleaner – MAGNT
» Exhibitions Coordinator – MAGNT
Latest News » View All
AAH NRI Roadmap exposure sub sees gaps
incl HAAS, research excellence & integrity Read more.
AIATSIS to open Alice Springs engagement
& digitisation centre with NT Govt support Read more.
Eric Gill’s Prospero & Ariel at the BBC
- judging the past & Ditchling Museum Read more.
Art attack – when vandals strike
- a glimpse of past causes & art vandalism Read more.
A letter to MoAD’s visitors & friends
& road to recovery after arson attack Read more.
Top +
Council of Australasian Museum Directors, c/o Ms Daryl Karp, Museum of Australian Democracy at Old Parliament House PO Box 3934 Manuka, Australian Capital Territory 2603 Australia, © CAMD 2022
Copyright: All information and resources provided on this website remain the copyright of the Council of Australasian Museum Directors. Permission is granted for viewing and downloading for personal and not for profit purposes. Those wishing to reproduce any materials for commercial, educational or other uses are requested to contact us.
Disclaimer: The content of this website is provided for information purposes only and is not intended as a substitute for professional advice. No claim is made as to the accuracy or authenticity of the content of the website. The Council of Australasian Museum Directors does not accept any liability to any person for the information or advice (or the use of such information or advice) which is provided on this website. The information on our website is provided on the basis that all persons accessing the site undertake responsibility for assessing the relevance and accuracy of its content. No responsibility is taken for any information or services which may appear on any linked web sites. Hostgator.
.