You are here: Home » Articles filed under: 'News' » Article: 'How the superrich took over the museum world'

How the superrich took over the museum world

January 9th, 2020 | Browse other: News. | Tagged with: How the Superrich Took Over the Museum World, Museum of Modern Art | 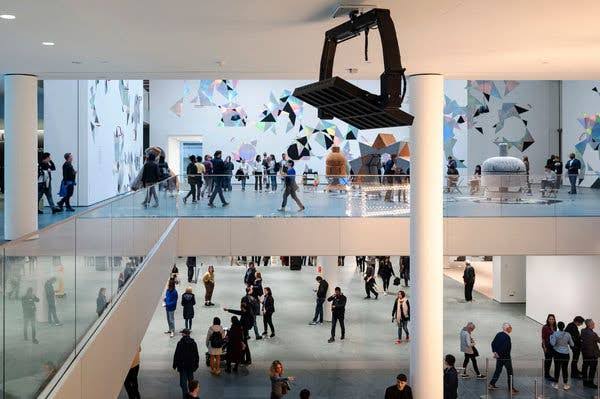 Michael Massing, How the Superrich Took Over the Museum World, The New York Times, 14 December 2019

The wealthy have always influenced the art scene. But in recent years, they’ve dominated it.

With the recent opening of its sleek new quarters, the Museum of Modern Art has solidified its position as one of the world’s leading showcases for high culture. Designed by the “starchitect” firm of Diller Scofidio + Renfro, the renovation cost $450 million; that comes on top of the $425 million the museum spent on an earlier makeover, in 2004. That redesign came under sharp criticism, and within a decade a new overhaul was deemed necessary. In less than 20 years, MoMA has spent almost a billion dollars reinventing itself.

Most of that money has come from the museum’s board of trustees. For the 2004 renovation, 50 trustees donated $5 million each. For this go-round, board members have again opened their wallets, along with David Geffen, who does not sit on the board but provided a whopping $100 million. The vast fortunes that make such do-overs possible raise questions about the composition of MoMA’s board at a time when such boards in general face growing scrutiny.

Earlier this year, both the Metropolitan and Guggenheim museums announced they would no longer accept donations from those members of the Sackler family linked to OxyContin, the powerful painkiller implicated in the opioid crisis. In July, Warren Kanders resigned as a vice chairman of the Whitney Museum after weeks of protests directed at his ownership of a company that manufactures tear gas canisters that had been used against migrants on the United States-Mexico border. And on Oct. 18 — three days before MoMA’s reopening — more than 100 activists picketed an exclusive preview party, calling on one of its board members, Laurence Fink, and his company, BlackRock, to divest its holdings in private prison companies.

Individual cases like these reflect a more fundamental reality about museums: their dominance by the superrich in an age of mounting anger over income inequality.

MoMA is a prime example. Of its 51 trustees who have a vote, at least 45 (by my count) work in finance, the corporate world, real estate or law, or are the heirs or spouses of the superrich. Only a handful come from outside these gilded ranks, among them the writer and actress Anna Deavere Smith and the Harvard professor of history and race Khalil Gibran Muhammad. As has been widely reported, both MoMA and the Met expect wealthy newcomers to give millions of dollars as the price of membership. (Because donations to museums are for the most part tax-deductible, the giving is leavened with a sizable dose of self-interest.)

Art has always depended on wealthy patrons; see the Medicis, Frick and Morgan. In contrast to Europe, where museums receive significant (though now decreasing) state funding, most American museums rely heavily on private donors. And, since the late 1990s, when MoMA’s current push to expand began, its trustees appear to have been chosen overwhelmingly for their wealth, and the board now reads like a roll call of the 0.01 percent. 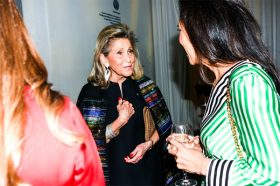 Ronnie Heyman, the president of the board of trustees of the Museum of Modern Art. Credit: Dolly Faibyshev for The New York Times.

To take a random sample: MoMA’s president, Ronnie Heyman, is the chairwoman of GAF, a roofing manufacturer that her husband, Samuel Heyman, acquired in a hostile takeover. Philip Niarchos is heir to the fortune of the Greek shipping magnate Stavros Niarchos. Jerry Speyer is the chairman and a founding partner of Tishman Speyer, the real estate colossus that owns Rockefeller Center. Marlene Hess is the daughter of Leon Hess, the oil tycoon who owned the New York Jets. John Elkann is heir to Italy’s Agnelli family, Joel Ehrenkranz is a senior partner in a wealth management firm and Zhang Xin is a Chinese billionaire businesswoman.

Today’s museum world is steeply hierarchical, mirroring the inequality in society at large.

Many of MoMA’s trustees are devoted collectors of modern and contemporary art, and the museum has benefited accordingly. One longtime trustee (and former president), Agnes Gund, has funded or donated to the museum more than 800 works. And realistically, without the generosity of its trustees, the Modern might have a hard time keeping its doors open.

Yet its dependence on the kindness of billionaires comes at a price. Today’s museum world is steeply hierarchical, mirroring the inequality in society at large. In May, the activist group Art + Museum Transparency, seeking to break “the culture of silence and fear” in the industry, published a spreadsheet featuring salaries anonymously entered by hundreds of museum employees. According to it, MoMA curators seem very well paid; people in more junior positions much less so.

On May 31, 2018, when MoMA hosted its annual Party in the Garden fund-raiser, about 250 unionized museum workers and their supporters gathered outside to protest low wages and minimal overtime pay. All the while the compensation of its director, Glenn Lowry, has steadily climbed and now approaches $2.3 million (including salary, bonuses and benefits) — one of the largest such packages in the country.