You are here: Home » Articles filed under: 'News' » Article: 'How to reopen the American mind'

How to reopen the American mind

October 29th, 2020 | Browse other: News. | Tagged with: How to Reopen the American Mind, is it reasonable to expect the humanities to survive?, liberal arts colleges are shutting down at even higher rates | 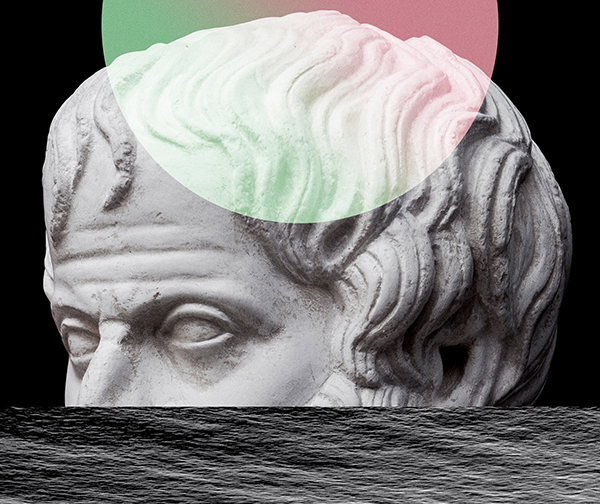 Jon Baskin and Anastasia Berg, How to Reopen the American Mind, The New York Times, 22 October 2020

In the midst of an existential crisis for higher education, is it even reasonable to expect the humanities to survive?

This fall, as college students filter hesitantly into socially distanced classrooms or adjust their Zoom backgrounds for seminars they attend from their bedrooms, the usual debates about the aims of higher education have taken a back seat to more pressing concerns. Many colleges and universities are now fighting for survival.

Even before the pandemic upended university budgets, many schools faced challenges — falling enrollments, reduced public funding and the prospect of corporate restructuring. Now liberal arts colleges are shutting down at even higher rates, and job losses at colleges are multiplying (nonprofit private and public institutions shed an estimated 337,000 jobs from February to August, according to federal data). Some predict that unless Congress passes a new stimulus bill with aid for higher education, things are about to get much worse. Words like “apocalyptic” and “extinction” keep showing up in otherwise dispassionate analyses of the situation.

In the midst of such an existential crisis for higher education, is it even reasonable to expect the humanities to survive? At first glance, it might seem that the contentious philosophical and ideological debates that forged conservative and liberal ideas of higher education have little to offer us now. Yet we believe not only that those debates remain relevant, but also that the challenges brought on by the pandemic make them essential to being able to imagine any kind of future for humanistic thinking.

In 1987, the University of Chicago professor Allan Bloom published “The Closing of the American Mind,” which became a surprise best seller. Bloom and his conservative champions emphasized the university as a refuge from society, where America’s future elites could be initiated into the Great Books tradition. In what became a national debate, this view drew responses from liberal critics who railed against the Great Books tradition as a vestige of elitism and oppression that needed to be discarded if humanities departments were to fulfill their democratic mission.

Looking back, Bloom got some things right. He accurately foresaw the fate awaiting humanities departments that neglected the fundamental questions: Is there freedom? Is there punishment for evil deeds? What is a good society? How should I live? These were the questions that had always attracted the best students to humanities departments. What did professors expect to happen when they informed those students that the texts humanists had pored over for millenniums were nothing more than vectors of ideology and oppression? Who could blame these students for transferring into economics or computer science — as so many now have?

Bloom’s argument was not reducible to his case for the Great Books. His deeper point was about authority. Like many of the thinkers in the canon that he asked his students to grapple with, Bloom understood the vulnerability of democratic institutions to the forces of technocracy, greed, materialism and an immoderate individualism. If the university did not continue to be valued above all for its capacity to introduce America’s future leaders to a robust dialogue about the virtuous life and the just society, he warned, it was clear what other masters it would come to serve.

Bloom’s insights are vindicated today not only by the shrinking enrollments in English, history and philosophy departments, but also by the rise within those departments of conceptions of humanistic education that privilege scientistic knowledge accumulation, political activism and the cultivation of “analytical skills” thought to be prized in Silicon Valley. But, ironically, it is these very developments that also reveal the folly of the argument in “Closing” — that questions about the virtuous life and just societies could be addressed only within the confines of academia.

Bloom often spoke about the “four years of freedom” enjoyed by his elite students, a “charmed” period that fell “between the intellectual wasteland” of the student’s family life and the “inevitable dreary professional training that awaits him after the baccalaureate.” This, rather than Bloom’s defense of the Great Books or his concern about relativism, represents the dark side of his elitism about the humanities. And it has been the focus of his most perceptive liberal critics. In her review of “Closing” in 1987, Martha Nussbaum assailed Bloom for arrogantly imagining the university to be a bastion of civilization “in the midst of corrupt and hostile democracies.”

Yet it is striking how many of Bloom’s liberal critics, even as they profess their faith in the university’s democratic function, simultaneously reinforce his vision of an ignorant and benighted populace looming outside the campus gates. Today’s progressive professors may be unlikely to speak in Bloom’s reverent terms about the university’s responsibility to tutor the masses, but they are very likely to casually dismiss the political and religious beliefs of large swaths of the country, to habitually “correct” what they declare to be the ideological delusions of their students and to conspicuously conflate their own research interests with the common good. As a result, the public perceives — not incorrectly — that the cynicism of politicians and administrators about their capacity to think for themselves is often matched by that of academics. Considering the often prohibitive cost of higher education to families, is it any wonder this public does not rank the survival of humanities departments very highly among its priorities?

In this respect, at least, the current crisis might present an opportunity as well as a threat. No one should minimize the impact of the closing and contracting of humanities departments and liberal arts colleges on students, professors and staffs. And, to be sure, there remains scholarly work that requires the resources and support that today only a university can provide. But the case for humanistic education should never rest solely on the survival of these institutions. This means the “crisis” cannot be adequately described either by the number of openings on the academic job market, or the number of Great Books on university syllabuses. The health of the humanities should be measured instead by whether our society provides ample opportunities for its citizens to ask the fundamental questions about the good life and the just society.

By that yardstick, it seems, the humanities are healthier than the doomsayers might lead us to believe.

In recent months, in the midst of a pandemic, a protest movement and a presidential election season, millions of Americans have gravitated to online reading groups and book clubs, attended Zoom panels on the burdens of history and the meaning of open discourse, watched philosophy lectures on YouTube and flocked to longform, humanistic magazines (as editors of one of them, The Point, we can attest that our readership has nearly doubled since March). Those who truly care about the future of the humanities, as opposed to the viability of certain career paths, might begin by seeing such public-facing pursuits as central, rather than ancillary, to their mission.

Expanding the reach of humanistic education, however, means more than broadening the media channels by which we transmit scholarly insights. It also means putting more thought — and for those who can, financial support — into creating opportunities for humanistic reflection in our everyday lives. This could include helping to design robust liberal arts curriculums for secondary-school students or supporting the growing stable of “great books” schools like the Living Water School in Maryland; working with companies like Books@Work, which use English professors to moderate seminars about short stories in workplaces; and valuing continuing education courses (like those for professionals and older people at Chicago’s Graham School) as seriously as we value traditional undergraduate education. And it means undertaking those activities not as experts or sages, but as partners in a continuing dialogue about how we should live together.

In considering why and how the humanities continue to matter to those outside campus walls, perhaps we will arrive at new insights about how to revitalize our conversations within them. At the very least, we will be able to credibly claim that we have finally matched the inherent elitism of humanistic inquiry with the democratic faith in everyday intellect that has always characterized the American mind at its most open.

Anastasia Berg, an assistant professor of philosophy at the Hebrew University of Jerusalem, and Jon Baskin, the associate director of the Creative Publishing and Critical Journalism program at the New School for Social Research, are editors of The Point magazine. A collection of the magazine’s writing, “The Opening of the American Mind: Ten Years of The Point,” will be published this fall.