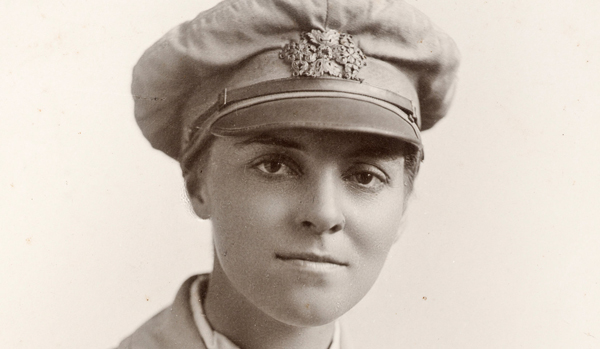 Alice was Australia’s first female garage proprietor when she opened her all-female business in Kew, Victoria, in 1919.

We spoke to the museum curator, Michelle Toft, on the CarAdvice podcast, to learn more about Alice’s pioneering history. You can read it below or listen to the interview at the bottom of this article.

CarAdvice: What is Alice’s story?

Michelle Toft: She came from a well-to-do family. Her father, Joshua, started an engineering company with John Monash, the same man who is on our $100 note.

The relationship between Alice and her father dissolved around 1902, and he moved to New Zealand, then to the UK, then back to Victoria. At this stage, his family didn’t have a lot of money because he wasn’t the best at handling finances and he made some poor business choices.

That meant the family ended up living in their holiday home in Narbethong, and that’s where Alice learned more about the bush. Her brother taught her how to shoot, hunt a rabbit and ride a horse. Her interest in technology started to rise.

Eventually, she started to work for her dad’s motoring business. She was first a secretary, and then she became a driver, and this is where she gained an interest in cars.

She then opened her business, but it was more than a mechanical workshop?

Nowadays, we think workshops just repair cars, but back in the ’20s, they would wash the cars, they would be a petrol station, they did storage and chauffeur trips. She also had programs specifically tailored for women so they could come and learn about cars. They would shadow her staff and would chat about mechanics.

That was an opportunity many women didn’t have back then.

What would have it been like back then for a woman to be involved in the automotive industry?

It was unheard of and quite unusual, and her business was successful for that reason.

The timing of opening her business was post World War 1, when women were helping out and taking over men’s jobs while men were at war. She had it at the right time because it was still a positive thing to be a modern woman.

People were boasting about the garage saying “This is what the modern woman looks like and they can do these hands-on jobs.” Then when the depression in the ’20s hit and the way the conservatism came back again, it became a bit negative for a woman to be working in that trade.

Other garages in her neighbourhood that were run by men used to spread rumours and talk about the garage negatively, which shows she must’ve been doing a good job. There were mixed responses to the girls over the years.

She also was an inventor?

She invented the ‘get out and get under’ device in the 1910s, which looks like the ‘creeper’ that mechanics use today. It is a board on wheels with a leather headrest that could also fold up, so you could put it in the car.

She showed it to a guy that came over from the US. He thought it was great, and then a few years later, the creeper came out, which was a very similar device.

People think it’s named after the song that was called “Get Out and Get Under”, which is about this man called Johnny whose car was having trouble, so he had to get out and get under his car to fix it.

Her death was very tragic?

Yes. She had a life of great accomplishments, but also of great tragedy.

She went on a trip to Alice Springs in 1926, and she took two guns. The coroner’s report said when she came back, she was out the back cleaning the guns and forgot to take out the bullet, and accidentally shot herself in the head.

When she was found by one of her staff members, they tried to take her to the hospital, but it was too late. Some people think, did she accidentally shoot herself or was there more to it? Nobody knows exactly what happened or why.