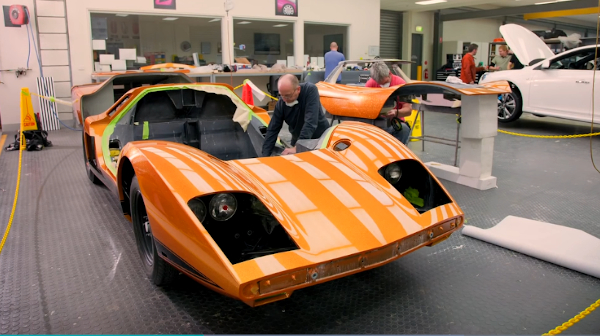 The rather awesome Hurricane concept never made it to production, but it was fully restored by Holden in 2011. Click here to view video.

If you had started to worry about the fate of the amazing cars Holden had in its heritage collection following the Australian carmakers closure, you can now rest easy – they are all going on public display around Australia and New Zealand shortly.

The managing director for GM Australia and New Zealand, Marc Ebolo, recently announced that Holden’s heritage collection of more than 80 production and concept vehicles would definitely stay in Australia and would go on display in various museums around the country, with a couple even making their way to New Zealand shores.

“There has been considerable speculation with regards to what was going to happen to these iconic pieces of automotive heritage and I am pleased to reveal we are displaying our vehicle collection in Australia. We have never thought about sending it overseas,” Ebolo said. 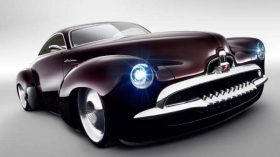 The Holden Efijy created quite a few waves globally when it was revealed and is one of the more than 80 vehicles in Holden’s heritage collection.

“The vehicles which make up this multimillion-dollar collection have been loaned to a variety of museums and will go on display in the very near future. This will be the first time the entire collection of Holden production and concept vehicles has been released simultaneously for public viewing.” 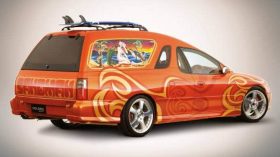 The Holden Sandman concept was the panel van revival we all wanted but sadly never got.

We won’t quite be seeing the iconic Holden concepts and rarities here though – those are staying firmly on Aussie soil for now at least.

There will however be two GM vehicles from the Australian collection that will be going on display at the Hillsborough Holden Museum in New Plymouth – a C5 Corvette convertible and a Vauxhall VX220.

The Lotus Elise-based VX220 is in the museum now (the Corvette arrives shortly) and was likely an evaluation car for Holden, as the company was offered, but eventually declined, a run of RHD rebadged vehicles in 2002. 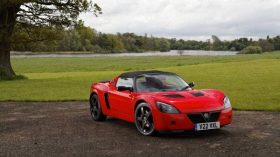 The Vauxhall VX220 was the RHD version of the LHD Opel Speedster. It almost came to this part of the world.

According to GM, the company has been working on its substantial heritage collection of cars, engines, manufacturing items, print material, photos and memorabilia with the help of a dedicated group of Holden retirees in Victoria and South Australia.

The retiree group has spent hours helping to preserve and catalogue the collection, which contains items nearly a century old and tells the story of Holden from its origins in 1859, through to becoming a cornerstone manufacturer of Australian industry.

“GM is sincerely grateful for the work our Holden Heritage Group of retiree volunteers has done to sort, digitise and safely store many thousands of items relating to Holden’s rich manufacturing and iconic brand history,” said Ebolo. 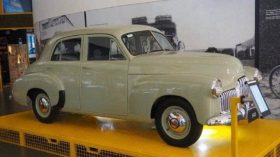 The first-ever Holden is also in the collection and will stay firmly on Australian shores.

“We are planning to launch a Holden Heritage Collection website next year which will provide enthusiasts with information about the collection, as well as details of where to view the vehicles.”

Over the past year, the company has also sought advice from the National Museum of Australia (NMA), the Commonwealth Office for the Arts, the History Trust of South Australia and Museums Victoria, as well as other interest groups and museums in South Australia and Victoria, to help plan the long-term preservation of the collection with a purpose to make as much of it accessible to the public as possible.

“We more than anybody recognise how important this collection is to Australia and particularly to the people who have worked at Holden and owned Holden cars,” said Ebolo.