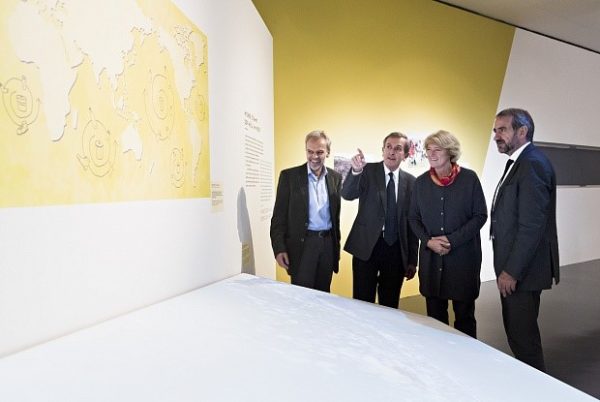 Director calls for admission-free museum to draw Berliners as well as tourists.

Neil MacGregor, the former director of the British Museum and now the director of Berlin’s planned Humboldt Forum, has presented his concept for an admission-free museum that informs visitors about the nature and cultures of the world using exhibits from all the city’s collections.

Experience in cities including London and Washington shows that “if you don’t charge entrance, the local population comes more often,” MacGregor told a press conference yesterday (2 November). “Where you have to pay, it is mainly tourists who come.”

Germany’s Culture Minister Monika Grütters said she is open to the idea of free admission—the exception rather than the rule in Germany—“because this is not a museum in the conventional sense”. She described the Humboldt Forum as “Germany’s most ambitious cultural project at this time”.

Envisaged as a centre of education and research on the natural world and world cultures, the Humboldt Forum is scheduled to open in 2019 in Berlin’s reconstructed city palace, currently a vast building site opposite the cathedral and Museum Island on the Unter den Linden boulevard. The ground floor will host dance and theatre events, film, shops, cafes and temporary exhibitions. The upper floors will house the permanent exhibition.

The three founding directors—MacGregor, Hermann Parzinger and Horst Bredekamp—presented their ideas to Grütters and the press at an event in the future auditorium, which is still cloaked in scaffolding and dust-sheets. Their first exhibition has opened next to the site in the temporary Humboldt Box and gives a taste of what is to come.

It explores the natural phenomenon of El Nino and its impact on nature, people and culture. Exhibits include a 1,000-year-old mummy bundle from Peru, preserved because of the extremely dry atmosphere on the coast, from the collection of the Ethnological Museum in Berlin.