You are here: Home » Articles filed under: 'News' » Article: 'Hyperinstrumentalisation in arts policy' 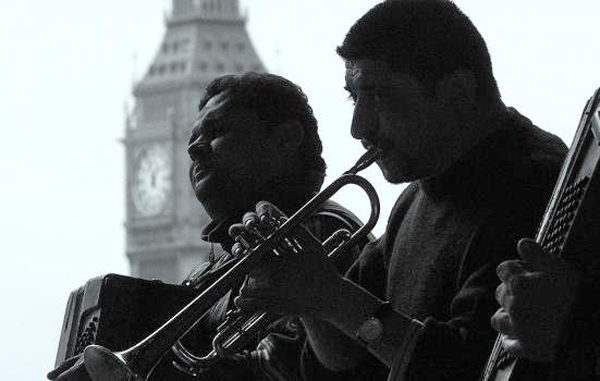 Steven Hadley shares his concerns about the shift towards hyperinstrumentalisation in arts policy, which is giving precedence to wellbeing, educational and economic outcomes over cultural value.

If there is a unifying theme throughout the history of the arts councils of the UK, it is arguably the question of what (and whom) public subsidy of the arts is for. Equally, that question seems to have a straightforward enough answer: public subsidy is about creating ‘great art’ which is ‘for everyone’.

Yet those engaged in arts advocacy debates are equally aware of the plethora of rationales used to justify arts subsidy. Let’s for a moment invoke the ghost of Terry Wogan and play ‘Arts Advocacy Blankety Blank’. Complete the following sentence: ‘The arts are good for…’ Many in the sector could reel off a long list of answers – health, wellbeing, education, economic impact, tourism, etc.

These effects are broadly speaking instrumental impacts of public subsidy for arts and culture. But this approach, this instrumental view of culture, has an underlying logic that is to say the least problematic.

Part of the recent change in focus in the arts sector has been a desire to move beyond what has become an increasingly sterile debate concerning the perceived clash between the ‘instrumental’ and ‘intrinsic’ dimensions of cultural policy. This was discussed by John Holden in his book ‘Capturing Cultural Value: How Culture has become a Tool of Government Policy’ published back in 2004.

This is coupled with a desire to develop more productive understandings of the roles that cultural policy plays within societies. As such, part of the politics of survival which influences the thinking in the arts revolves around how the cultural sector actively contributes to non-cultural policy ambitions, such as those listed above in our game of Blankety Blank.

There is, however, a problem with this approach. A problem arises if culture becomes simply a means to a non-cultural policy end. As Eleonora Belfiore argued, “if the logic of the instrumental view of culture… is taken to its extreme (but intrinsically consequential) conclusions, there would be no point in having a cultural policy at all”.

The broad shift in emphasis to more instrumentalised versions of policy coincided with changes in the language describing cultural expenditure and the increasing use of economic terminologies such as ‘subsidy’ and ‘investment’. This linguistic shift then reinforced the perception that the point of cultural policies rested on their investment return rather than the specifically cultural content of their outputs, with this return being appraised in terms of non-cultural outcomes.

The increasing expectation that cultural investment will contribute to, for example, the production of creative cities and urban regeneration has certainly become a global phenomenon. And the calls for cultural organisations to demonstrate their social impact through their contributions to health, wellbeing and social inclusion are common.

All policy is instrumental in so far as it is concerned with using certain mechanisms to achieve certain ends. Yet the weaknesses of the evidence base for the positive contribution that culture may have for a variety of instrumental purposes has been long recognised. If instrumental outputs are the basis upon which public funds are allocated to culture, and if it cannot be convincingly demonstrated that culture contributes to these outputs, then why continue to fund it?

The fact that governments have used instrumental arguments to justify financial support for culture for many years does not mean that they necessarily have to continue to do so. In circumstances such as these, the concern is that funding may be removed from culture and assigned to areas demonstrating much more evident success in meeting the non-cultural policy requirements that governments have.

The question that then becomes important is whether the instrumental approach to cultural policy has established sets of justifications and rationales for subsidy of the arts that have nothing to do with the cultural content of the policy concerned. Using the example of the Department of Culture, Arts and Leisure in Northern Ireland, we question whether such a re-structuring of public policy has the effect of establishing a form of ‘hyperinstrumentalisation’ for cultural policy, where outcomes replace inputs, outputs and intentions as the basis upon which policy rests.

The emphasis on policy outcomes within hyperinstrumentalism means that as culture is no longer an end in itself (but is simply a means to an end), direction of the sector by political actors takes priority. Moreover, the consequences arising from these changes lead to a situation where there is no need for a specific cultural policy, functioning within its own sphere of action, and with its own control of inputs, outputs and resource allocation. The instrumentalisation of culture in these circumstances is no longer an issue having been replaced by hyperinstrumentalisation instead.

Hyperinstrumentalisation demonstrates the consequences for the sector in conditions where claims about the value of culture are irrelevant to political actors. As such, the establishment of better arguments to justify the continued existence of an autonomous sphere of cultural policy practice is needed if the arts sector is to be able to stake a continued claim to independence.

Steven Hadley is an academic, writer and consultant in the arts and cultural sector and an Associate Consultant with The Audience Agency.
Tw @mancinbelfast

This article is based on ‘Hyperinstrumentalism and cultural policy: means to an end or an end to meaning?‘ a recent paper by Steven Hadley and Clive Gray, published in Cultural Trends, discussing the logic of instrumentalism.