You are here: Home » Articles filed under: 'News' » Article: 'I created the Aboriginal flag as a symbol'

I created the Aboriginal flag as a symbol 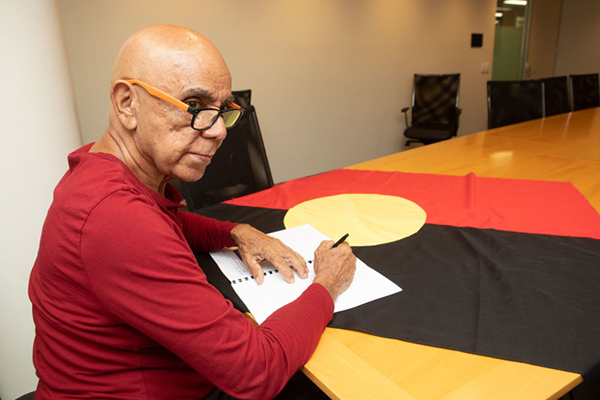 Harold Thomas, I created the Aboriginal flag as a symbol of unity and pride, The Sydney Morning Herald, 24 January 24 2022

The Aboriginal flag design is a deeply personal piece of artwork. It was brought about by my experiences as an art school student, with my time among the greatest collection of Aboriginal material culture at the South Australian Museum, as well as that driving force of demonstrations and marches for Aboriginal rights and justice.

I made the Aboriginal flag to lead a demonstration on the National Aboriginal Day Observance Committee, which started from Victoria Square, Adelaide, on Friday, July 9, 1971. There were black and white folk united. The memory has not diminished. It was where the expression of identity was stamped. That pivotal moment shaped what was to come.

I have been the copyright holder of the flag but I have struck a deal with the federal government, which will be announced on Tuesday, that ensures it can be used by all Australians.

I recognise the establishment of the Aboriginal Tent Embassy in Canberra on January 26, 1972, which has resonated through Indigenous communities and the Australian people at large since then, with the message that there is a uniting symbol and voice for all Indigenous people.

My people’s capacity to rise above such depressing circumstances to express themselves in art is one of the greatest phenomenal art movements of any Indigenous group in the world. And what it has given to Australia as a nation is the finest gift and contribution to its identity as a whole.

The power of art is immeasurable. It is now entrenched and, like multiculturalism and rightfully so, there is no turning back. It is here to stay forever. 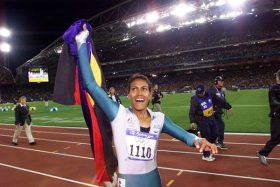 I have worked vigorously to protect my people’s art. I have grown to love bark paintings immensely over 50 years. If I was asked the question, “Who do you think were our greatest artists?” I would have no hesitation to say Yirawala and Mandarkk. If I were to compare the two with any others I would say Yirawala is our Picasso, Mandarkk our Braque.

I have painted from the age of 14 as a watercolourist and landscape painter. Then I won a scholarship in 1965 to gain entry into the SA School of Art. My world changed forever. The art that came to me was the various forms of contemporary expression, Modernism and Abstract Art. That preoccupation informed my artistic psychological makeup.

It does not sleep. One strong feature of Modernism is the simplicity of design. The lineal horizontal and vertical line format and the perfect circle energises the total design, which seems to give the stamp of approval.

Fifty years have passed since the flag’s creation. It is a national flag of Australia and copyright now belongs to the Commonwealth, as custodian for the people of Australia. Before assigning copyright, I created the authentic digital representation of the flag, which I have minted as a non-fungible token (NFT) on December 21, 2021, to commemorate the 50th year of the flag, acknowledging the potential of NFTs in the digital art world. I will hold the NFT on an ongoing basis, on behalf of Indigenous communities.

When I created the flag, I created it as a symbol of unity and pride. That pride we have for our identity that harks back to the birthing of our dreaming, to the present existence and beyond. And we humble ourselves and give homage to all that has been created and left for us.

Harold Thomas is the creator of the Aboriginal flag.