You are here: Home » Articles filed under: 'News' » Article: '“I see things acquired because of violence'

“I see things acquired because of violence 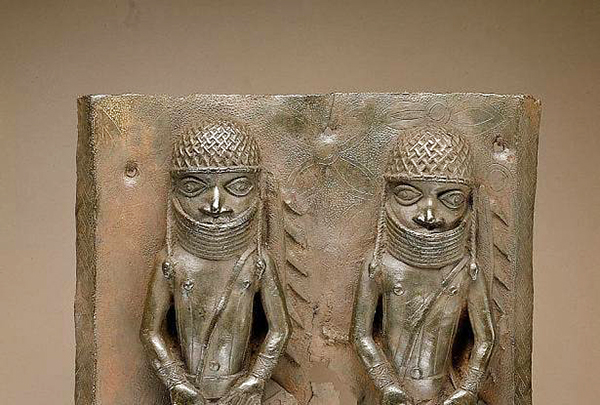 Benin bronze artifacts housed at the Smithsonian. The Art Newspaper/Facebook.

“I think it does a huge amount of harm to have them on show,” Ngaire Blankenberg said of the Benin Bronzes.

Last week, reports emerged that the Smithsonian Institute’s National Museum of African Art would be committing itself to repatriating several Benin bronzes in its collection. Now, clarifications are emerging: according to Smithsonian Magazine, 10 of these bronzes that have been previously been discussed have been removed from view at the museum. Additionally, the National Museum of African Art evidently has at least 16 objects connected to the British colonial raid of Benin in its collection; the museum is also currently in talks with the National Commission for Museums and Monuments in Nigeria to figure out how best to facilitate the repatriation.

“We know that [the works of art] are looted,” Ngaire Blankenberg, the director of the National Museum of African Art, told Smithsonian. “I am extremely committed to giving them back. But it is not my decision as to when and how that happens.”

Blankenberg became the museum’s director extremely recently: she took the position in July of 2021, and according to her own account, decided to take down the museum’s Benin bronzes within 11 days of assuming her new position. “I took them down because I think it does a huge amount of harm to have them on show,” Blankenberg continued to Smithsonian. “For African people to see that, it’s like a slap in the face. So, while we’re busy trying to [repatriate these items], I intend to minimize the harm.”

In the spaces in the museum where the bronzes were previously displayed, Blankenberg has installed photographs of the objects instead, and explanatory text. “When I go into a museum and I see things that have been acquired because of violence or dehumanization, it makes me feel like I don’t belong there,” Blankenberg said to Smithsonian. “And I don’t want anybody feeling like that in my museum.”