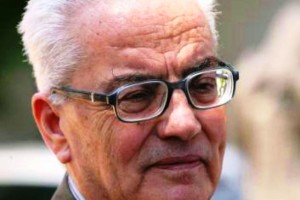 Khaled Asaad was in charge of antiquities in Palmyra, Syria for over 50 years. Source: ABC News. Photo: Facebook.

A renowned archaeologist and scholar, Mr Asaad was head of antiquities at the ancient ruins of Palmyra, a UNESCO World Heritage Site, for more than a half-century. He was a longtime member of ICOM.

The international museum and heritage community extend their deepest condolences to the family of Mr Asaad, to the residents of Palmyra and the people of Syria in the face of this most recent act of extremist brutality that has led to the loss of countless lives, the annihilation of collective history and identity in the context of ongoing violence and unrest.

ICOM expresses its outrage at the wanton disregard for humanity displayed by the murder of Mr Asaad, who devoted his life to working for the preservation of the historical site of Palmyra, so important to the culture and history of humankind.

The international community strongly condemns this senseless act of violence, the systemic destruction of lives, of culture and of heritage in Syria. The loss of Mr Asaad is a loss for us all.