July 24th, 2020 | Browse other: News. | Tagged with: Icom in turmoil after resignations, International Council of Museums | 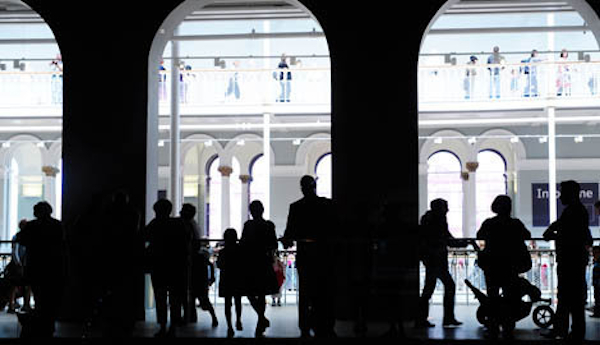 Questions over the governance of the International Council of Museums (Icom) have been raised as part of ongoing discussions over the organisation’s proposed new museum definition.

Nine members of the council’s committee and executive board have resigned in recent months as a result of the row. In a joint statement, several of the former members accused the council of a “rather catastrophic failure of good governance” in its handling of debates over the proposed definition, which was first put forward in July 2019.

The divisions caused by the proposed definition became apparent at Icom’s extraordinary general assembly (EGA) in September 2019 in Kyoto in Japan, where a vote on adopting the new wording was due to take place. Delegates eventually voted to postpone this following a “profound and healthy” discussion at the event.

The fallout from the vote led to the resignation of Icom’s former president Suay Aksoy, who said in her resignation letter that a “lack of solidarity” from the organisation’s director general Peter Keller had contributed to her leaving the council last month.

Two other Icom executive board members, the chair of the committee that oversaw work on the definition, and five other committee members have also resigned.

Icom says it is reviewing its internal working methods and decision-making processes in light of these resignations. It says its executive board has taken immediate action to increase transparency, and that it has begun an audit to determine the root causes of its current difficulties.

A statement from Jette Sandahl, former chair of Icom’s standing committee for museum definition, prospects and potentials (MDPP) and three other former committee members, says Icom’s executive board took too much account of informal lobbying and failed to follow established procedures.

They say the board has been “silent, passive and indecisive” in response to debates over the new definition.

The statement adds that “the elected and employed Icom leadership currently seems to lack the capacity to identify, respect and address and resolve their disagreements and divergent points of view”.

Some of these concerns are echoed in a newly published resignation letter from Aksoy, who said the board took a “pragmatic and hesitant role” regarding debates about the definition.

The upheavals followed heated debate within the international museum sector over the proposed new definition, which some accused of being too political and jargon-heavy.

Among the controversial aspects were the description of museums as “polyphonic spaces”, the aim to “contribute to human dignity and social justice, global equality and planetary wellbeing”, and the absence of a specific mention of education.

The statement from Sandahl and the three other former MDPP members says this process began in 2016. It describes extensive consultation with the museum sector, after which five draft proposals for a new definition were submitted to Icom’s executive board in June 2019. The board then selected and revised one of these to put to a vote at Kyoto, according to the document.

However, it says that certain proposals favoured by two committee members were not among the five put to the board. “The response was resignation from the committee by one member and criticisms by another expressed directly to the executive board,” it says.

The former committee members describe this as “a regrettable and unfortunate departure from sound institutional process and previously-agreed MDPP procedures”.

They say that the events around the EGA lay bare “considerable shortcomings” at the organisation.

The former committee members also say that Icom failed to follow its established procedures for regulating conflict and when making changes to the EGA agenda.

They say the derailment of the vote “was driven by the insistent lobbying of the executive board by an alliance of mainly European committees, and appeared to be empowered by vague allusions to ‘museum withdrawals’ and the demand for voting rights according to national membership numbers rather than the system set forth explicitly in Icom’s own statutes”.

According to the former committee members’ account, following the postponement of the vote, the MDPP began further consultation on the definition and submitted a new plan to the executive board. The document says: “The response, remarkably, was complete and unexplained silence with neither reaction nor response, and the MDPP’s mandate expired at the end of 2019.”

In January 2020, a new standing committee known as the MDPP2 was established, including about 20 people. This submitted a new methodology for deciding on a definition in March, but this failed to gain formal approval from the board.

The statement says: “As was the case for the MDPP, the MDPP2 process was challenged, not by internal disagreement, but by the executive board taking heed of certain individuals and powerful national committees, who relentlessly and successfully engaged the executive board in ex parte communications and lobbying which, again, undermined trust and strained good governance practices.”

Sandahl and five other committee members have resigned in recent months. The document says this was because they felt the MDDP2’s work was unlikely to come to fruition. Leontine Meijer-van Mensch, who was the Icom executive board’s representative on the MDPP2, also resigned.

In an email sent to Icom’s executive board on 13 June, Meijer-van Mensch said: “I felt I could no longer be part of a structure that in my eyes is not loyal, that does not play the game according to ‘the’ rules.”

She added: “I deeply respect the democratic system, where in the end a majority decides. I do however have a big problem with serious lobbying, with unfair back-alley political games and not being transparent.”

Aksoy resigned on 19 June. In a letter to the executive board explaining her reasons, she said she felt that a “growing dichotomy” within the executive board was putting Icom’s values at risk and that her work was being hindered by “a lack of solidarity” from Icom’s director general Peter Keller.

Aksoy’s letter said: “The pragmatic and hesitant role that the executive board assumed for the most part on the way to, during and in the aftermath of Kyoto led us to an unhealthy working environment in which obscuring values through technicalities have become a part of the working culture”.

She wrote: “We did not find the right tone to respond to those threats arising from inside and outside of our group. I do not mind feeling alone and being left alone in dealing with these but I find it extremely difficult to say that I can approve the actions of those who have been contributing to the aggravation of these problems instead of being part of a solution. Hence my disappointment with the lack of solidarity on the part of the director general”.

She also called for the executive board to reflect on its actions, saying: “Instead of questioning our own unhealthy stance based on distrust and lobbying, as a group we are projecting all our internal problems to the MDPP2 as if the issues are internal to this committee and have nothing to do with us.”

Aksoy wrote that the issues she had resigned over “go far deeper” than disagreements or differences of political views.

On 20 June, Icom board member Hilda Abreu also resigned, saying the recent resignations “point out to serious problems in our governance”.

Aksoy’s resignation letter was recently made public with her approval following a request in an open letter on 25 June from Icom chairs (including representatives of 23 international committees and 21 national committees), who expressed concerns about the issues leading to the resignations.

Concerns about Icom’s institutional culture and processes were also expressed in a statement published the same day from the co-chairs of Icom US.

On June 23, Icom’s executive board sent a statement to the chairs of its national and international committees, regional alliances, standing committees and working groups.

It said: “It is unthinkable that Icom is experiencing internal dissension of this magnitude. Therefore, the executive board has also resolved to assess itself, by examining its own history of decision-making and working methods with the intention of implementing immediate improvements, engaging the MDPP2 and the rest of Icom committees and working groups in a constructive conversation to resolve the ongoing issues, and communicate the results of these initiatives to the general assembly at our meetings in July 2020.”

Icom’s ordinary general assembly for 2020 will take place online on 24 July and its advisory council will meet on 22 July.

A statement from Icom said: “The executive board of Icom has expressed its deep sadness regarding the sudden and unexpected resignation of Icom’s former president along with other respected peers from the board and committees. Their invaluable work, commitment and contribution to Icom and the larger museum field is evident.

“The executive board takes with the utmost gravity these resignations. Internal working methods and decision-making processes of the Icom governance are currently being reviewed in light of the resignations. The executive board has taken immediate responses to increase transparency at all levels of the organisation and an audit was also initiated to identify the root causes of the difficulties Icom is currently facing.

“Icom and the international museum community are going through an unprecedented situation, exacerbated by a global pandemic that has affected many museums and the professionals who work in them. Our organisation needs to reflect and remember the very reasons it was created in the first place. This is precisely what will occupy the executive board, along with all Icom members wishing to contribute constructively, in the next few months, to maintain and nurture the outstanding cultural diversity of our organisation for the museums of today and tomorrow.”

The executive board is the governing body of Icom. It is headed by the president, who delegates day-to-day management responsibilities to the director general.