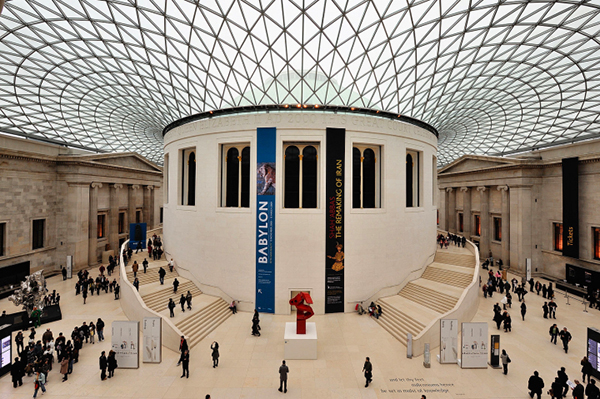 The International Council of Museums will vote on a new definition of museums in September. The proposed change includes language about “social justice, global equality and planetary wellbeing.” Critics say the text is too political for most museums to employ.

For almost 50 years, the International Council of Museums (ICOM) has defined the museum as “a nonprofit institution” that “acquires, conserves, researches, communicates, and exhibits the tangible and intangible heritage of humanity and its environment for the purposes of education, study, and enjoyment.”

But an updated version of the definition would incorporate mention of “human dignity and social justice,” references which have split the consortium’s 40,000 professionals representing 20,000 museums across ideological lines. And last week, 24 national branches of the council — including those of France, Italy, Spain, Germany, Canada, and Russia — requested a postponement of the revision’s official vote in order to deliver a “new proposal.”

Jette Sandahl is the Danish curator who lead ICOM’s commission on the new definition, suggesting that the current one “does not speak the language of the 21st century” by ignoring demands of “cultural democracy.” Her amended conceptualization of the museum reads:

Museums are democratizing, inclusive and polyphonic spaces for critical dialogue about the pasts and the futures. Acknowledging and addressing the conflicts and challenges of the present, they hold artifacts and specimens in trust for society, safeguard diverse memories for future generations and guarantee equal rights and equal access to heritage for all people.

Museums are not for profit. They are participatory and transparent, and work in active partnership with and for diverse communities to collect, preserve, research, interpret, exhibit, and enhance understandings of the world, aiming to contribute to human dignity and social justice, global equality and planetary wellbeing.

Backlash to Sandahl’s suggestion came quickly. Juliette Raoul-Duval, who chairs ICOM France, soon denounced it as an “ideological” manifesto, “published without consulting“ the national branches. Even Hugues de Varine, a former director of ICOM and an early proponent of the “new museology” movement in the 1970s, found the definition effuse. The Art Newspaper reports that he was surprised by the “over inflated verbiage” of an “ideological preamble,” which does not distinguish a museum from a cultural center, library, or laboratory.

Evidence suggests that the feud between different interests in ICOM began as early as June. It was then that François Mairesse, a professor at the Université Sorbonne Nouvelle and the chair of the International Committee of Museology, resigned from Sandhal’s commission believing that it contradicted two years worth of past discussions. 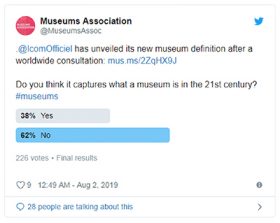 “A definition is a simple and precise sentence characterizing an object, and this is not a definition but a statement of fashionable values, much too complicated and partly aberrant,” Mairesse told the Art Newspaper. “It would be hard for most French museums — starting with the Louvre — to correspond to this definition, considering themselves as ‘polyphonic spaces.’ The ramifications could be serious. ICOM’s statement can be included in national or international legislation and there is no way a jurist could reproduce this text.”

Many critics agree with Mairesse, judging the new definition as too political and too vague for defining museums. And despite the description’s broadness, social media users responding to the proposed ICOM text have noted that it omits specific mention of the museum as an educational space. Releasing a poll on Twitter asking users if the new definition captures what a museum is in the 21st century, 62% of 226 respondents said no.

In April, ICOM began publishing a crowdsourced list of new museum definitions from around the world. Currently, there are 269 entries on their website from countries including Spain, France, Japan, Cameroon, and Iran. The proposed definition, however, was not chosen from any of these submissions but was picked internally by Sandhal’s commission. Voting for the new definition will be held at the organization’s Extraordinary General Assembly in Kyoto, Japan, on September 7.