March 11th, 2021 | Browse other: News. | Tagged with: Ideological rift persists as Icom restarts museum definition consultation, what is the definition of a museum? | 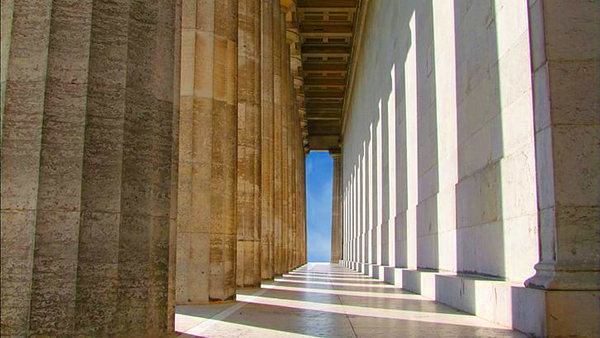 ‘Warfare’ between reformers and conservatives has not subsided since Kyoto conference.

It was a simple question that caused a deep split in the global museum community: what is the definition of a museum?

Almost two years on from the divisive conference in Kyoto, where delegates agreed to postpone a vote on the proposed definition after a long and heated debate, the International Council of Museums (Icom) is once again revisiting the issue.

Ideological fault lines first emerged after the wording proposed for the new definition was published in the run up to Kyoto. The proposal was heavily criticised by some Icom members for referring to values such as “human dignity and social justice” while omitting terms such as “education”. The disagreement was seen as symbolic of a broader split between the traditionalist and progressive wings of Icom.

Those defending the proposal said it had been fully signed off by Icom’s board and that the definition committee had been “hung out to dry” in the ensuing row.

The controversy led to the resignation of nine members of Icom’s board and executive committees last year, including former president Suay Aksoy and chair of the definition committee, Jette Sandahl.

Now, the council hopes the extensive, 18-month process to find a new definition – which includes four rounds of consultation carried out over 11 steps – will unify opposing factions.

But Museums Journal understands that the divisions that marred the previous process have not subsided. A source with knowledge of the situation said: “There is warfare between reformers and conservatives over the definition of a museum – though everything is couched in polite terms so the warfare may be missed by some – just like in Kyoto.

“The conservatives seem to be happy with the existing definition and want no change; the reformers wish to see a definition that recognises the social roles increasingly played by museums.”

The source said the conservative side is led primarily by “French and French-speaking” members – who hold influence because Icom is headquartered in France and receives significant income from French sources.

At the launch of the consultation methodology last December, Icom president Alberto Garlandini said the council was moving forward with the consultation in an “atmosphere of respect and cooperation”, adding that the reformed Define committee had “successfully worked to construe a transparent and participatory methodology towards a new definition”.

The committee is co-chaired by Lauran Bonilla-Merchav and Bruno Brulon Soares. In the current phase, which ends on 11 April, committees, regional alliances and affiliated organisations will submit up to 20 keywords or concepts that are considered essential to the new museum definition.

The proposed new definition will be voted on at Icom’s next general conference, which is scheduled to take place in Prague in September 2022.

A museum is a non-profit, permanent institution in the service of society and its development, open to the public, which acquires, conserves, researches, communicates and exhibits the tangible and intangible heritage of humanity and its environment for the purposes of education, study and enjoyment.