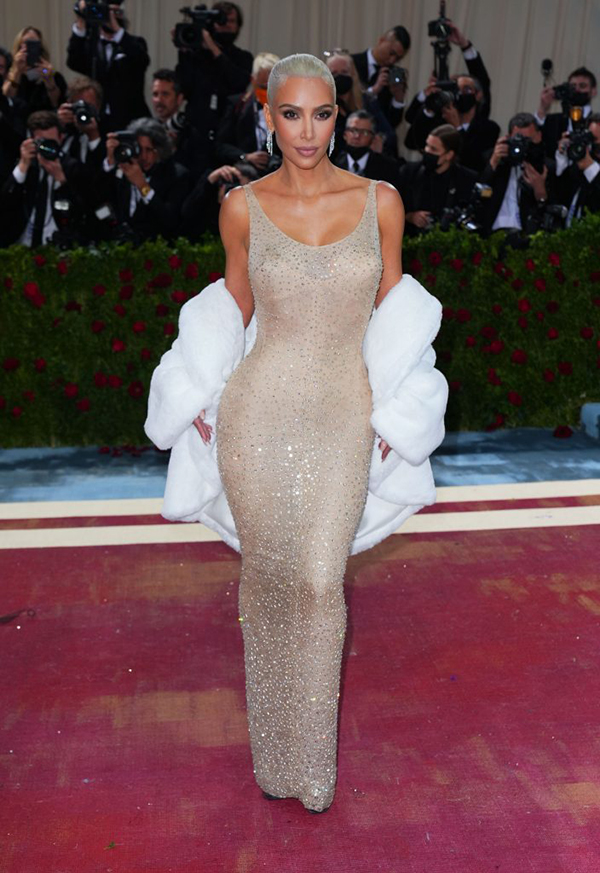 Amah-Rose Abrams, Kim Kardashian’s Met Gala Dress Angered Conservators So Much That the International Council of Museums Had to Make a Statement, ArtNet, 12 May 2022

Following a fit of public outrage, much of it from textile conservators, over Kim Kardashian wearing an iconic Marilyn Monroe dress to the Met Gala, the International Council of Museums has issued renewed guidelines on handling historic garments.

Earlier this month, Kardashian infamously wore the dress that Monroe had on in 1962 when she sang “Happy Birthday Mr. President” to John F. Kennedy at Madison Square Garden. Kardashian borrowed the dress from a Ripley’s Believe It or Not! collection in Orlando, not an accredited museum. The novelty museum bought the work at auction in 2016 for $4.8 million.

Although she wore the dress only on the museum’s red carpet, and changed into a replica once inside, conservators, including the former head of the Met’s fashion conservation department, Sarah Scarturro, blasted the socialite. 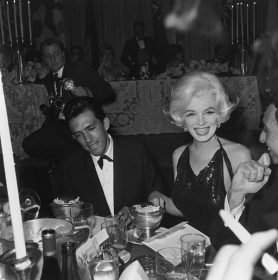 Marilyn Monroe and writer Jose Bolanos sit at a dining table during the Golden Globes. Photo by Hulton Archive/Getty Images.

“When I was the head of the Costume Institute’s conservation lab, I had to swat off requests by people (including Anna Wintour) to have irreplaceable objects in the collection be worn by models and celebrities,” Scarturro said.

Now, ICOM has stepped in.

“Historic garments should not be worn by anybody, public or private figures,” the organization said in a statement following the uproar. “Prevention is better than cure. Wrong treatment will destroy an object forever.”

Also included are guidelines not to expose such garments to high levels of light, including to flash photography. Whether these stringent rules will dissuade those able to access historic garments from wearing them is yet to be seen.

ICOM goes into to some intimate historical detail about the dress as a historical artifact:

About this particular situation, the dress that belonged to Marilyn Monroe was custom made by French designer Jean Louis in the colour to match her skin tone, it was sewn on her before she went to the event where she sung Happy Birthday for then US President John F. Kennedy in 1962. She didn’t use any underwear to give a more vivid sensation that she was naked. The material is soufflé silk, which is no longer available, so it’s irreplaceable.

In a story following the Met Gala, Buzzfeed reported that behind-the-scenes footage of Kardashian trying on the outfit showed that she could not fully fit the dress—which could not be altered—over her backside. This seems to be the reason that she wore a fur covering her lower back as she very awkwardly ascended the Met steps in the skin-tight dress.

On the evening of the Met Gala, Kardashian also donned a replica of another Monroe dress: a stunning green sequined Norman Norell gown the actress wore to accept her Golden Globe award for being a “world film favorite” in 1962. Kardashian was able to have the dress copied due to access provided by Heritage Auctions.