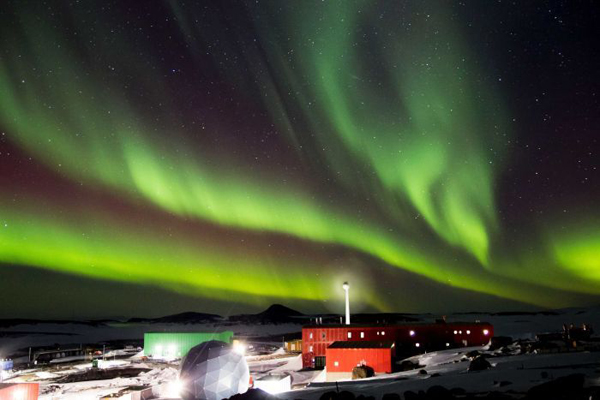 A collection of the best Antarctic photographs by people from around the world has been unveiled in Tasmania, providing a unique insight into a part of the world few get to experience.

The Antarctic Photography Exhibition has opened at the Tasmanian Museum and Art Gallery as part of the Australian Antarctic Festival.

The photos were taken in the past three years in Antarctica and the sub-Antarctic and were submitted by professional and amateur photographers from Greenland, Italy, New Zealand, Australia and Antarctica.

Australian Antarctic Festival director Paul Cullen said the competition attracted 66 entries, which were narrowed down to 24 images to make up the exhibition.

“Most people think the photos from Antarctica are going to be icebergs and penguins,” he said.

“That is true of course. But there is more to it. Is Antarctica a blinding white colourless desert? Evidently not. Is it lifeless? Absolutely not. Is it easy to get to? No, but we can bring it to you with pictures.

Mr Cullen said the festival was held in Hobart because it was Australia’s Antarctic port.

“This time of year is particularly important because the scientists and expeditioners are getting ready for the summer season,” he said.

“The ice hasn’t broken yet, but the ships are loading up with fuel and supplies, expeditioners are training and scientists are doing experiments.”

A panel of judges will decide on the best photograph from the Antarctic Photography Exhibition, with $5,000 to be awarded to the winner.