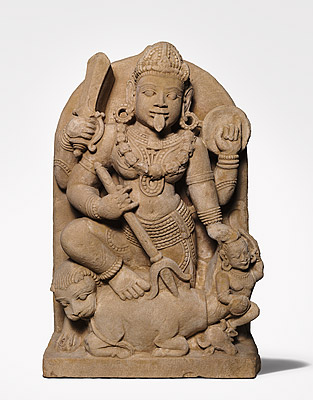 By day, 40-year-old accountant Vijay Kumar is general manager for the Southeast Asia division of Mediterranean Shipping, the world’s largest container transit company. By night the Indian national is a self-styled antiquities crusader, campaigning against the theft of precious artefacts in his homeland.

Kumar, who was born in Tamil Nadu’s capital Chennai but who lives in Singapore, has become a key protagonist in the unfolding scandal around the international looted antiquities trade that has embroiled institutions across the world, including some in this country.

He became intrigued by the 900-year-old Dancing Shiva the National Gallery of Australia was forced to return to India last year when it was revealed to have been stolen from a temple in Tamil Nadu. The idol was sold to the gallery by New York art dealer Subhash Kapoor. Since that time, Kumar, from his humble home office, has helped uncover information about numerous other dubious items in collections around the world.

Quietly spoken and methodical, Kumar is married with a son. But he admits that, beyond his family and busy day job, he is wedded to antiquities sleuthing.

Review has been in almost daily contact with Kumar for more than two years. At all hours he will fire off questions about artefacts he has discovered while trawling through the online databases of our public galleries. “Can you get a picture of the back of that statue for me? Can you find out who owned this? I’m not a journalist but I rang that workshop in Delhi and the owner there said he’d never sold antiquities of any kind …”

Fluent in Tamil and English, with a web of contacts on the ground in India and, increasingly, internationally, Kumar has become a link between India and the English-speaking West, able to straddle the two cultures — one where he believes the theft of ancient antiquities continues apace, and the English-speaking West where, despite so much publicity, clients continue to seek out ancient treasures.

An initial interest in Indian history and art has since morphed into a voracious appetite for information, propelling him on a journey to rediscover his Hindu heritage along the way.

Kumar started a blog, Poetry in Stone, but failed to have the impact in India he sought. But that impact came once he started working with this newspaper and US antiquities blogger Jason Felch of Chasing Aphrodite. Kumar has since stopped writing his blog and has taken up directly lobbying ministers in the Indian government. He gives public talks about his discoveries, writes opinion pieces for Indian newspapers and has been working directly with American and Indian investigators. “I spend all my free time on this,” he says.