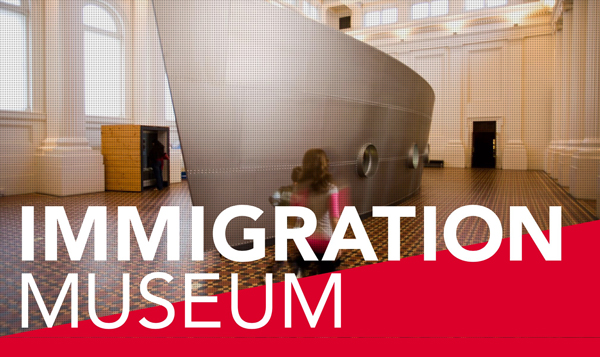 The ABC presenter later removed her post and issued an apology of sorts in the wake of fierce criticism.

The museum’s post was a link to a Junkee piece by Osman Faruqi titled “These Anzac Day ‘Controversies’ Reveal The Huge Hypocrisy of Australian Conservatives”.

Mr Faruqi mentioned “refugees our government has locked up on Manus Island and Nauru”, and Syrians and Palestinians experiencing long-running conflicts.

“The idea that we can somehow excise discussion around these wars and the refugees they produce, on a day that is supposed to be about reflecting on war and its consequences, doesn’t make much sense,” he wrote.

Institute of Public Affairs spokesman Simon Breheny said it was extraordinary that a Victorian taxpayer-funded entity would “double down in support of Yassmin Abdel-Magied’s offensive Anzac Day Facebook post”.

‘The Immigration Museum should not be given public funding to push a radical left wing agenda,” he said.

“Sharing left-wing Junkee articles on Facebook is an activity expected from undergraduates, not taxpayer-funded museums.”

“The Museum aims to be a place where the diversity of Australian voices can be represented, heard, considered and discussed,” he said.

“The article shared on the Museum’s Facebook page was not intended to promote any particular individual or group.”

The museum, located in Old Customs House, is currently running the exhibition Stories From Detention, which “explores personal stories from people who have sought or are seeking asylum and refuge in Australia”.

Foreign Minister Julie Bishop is reportedly considering a request to dump Ms Abdel-Magied from her taxpayer-funded position on the Council for Australian-Arab Relations.