You are here: Home » Articles filed under: 'News' » Article: 'Impact of Science Centres' 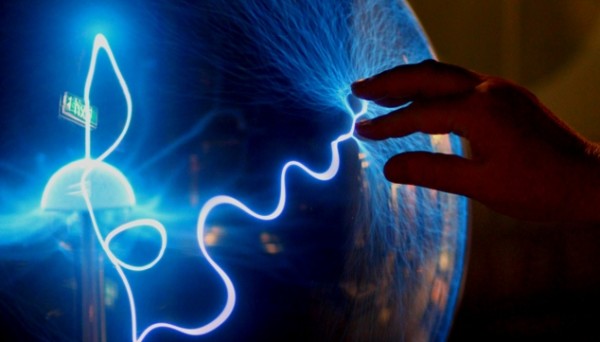 In this review, I try to summarize what the scientific  and professional literature says about the impact of science centres.

First a word of warning, though: this is not an academic literature review, listing all the research on science centres. However, the list of references at the end of this article contains the bulk of the literature on impact of museums/science centres.

This article aims at providing science centres / science museum advocates evidence to prove impact and argue their case with stakeholders and decision makers.

This review is a selection of studies/sources that produced useful information for that purpose. The director’s viewpoint is often pragmatic: can a particular stand be defended/supported by scientific evidence?

Today, I estimate that there are more than 3,000 science centres in the world. They are visited by more than 300 million visitors each year.

3,000 SCIENCE CENTRES IN THE WORLD WELCOME 300 MILLION VISITORS EACH YEAR – AND NUMBERS ARE STILL GROWING

25 years ago, only 10% of these institutions existed. We are still in the midst of a global movement that continues to expand. In view of the investment, it is hardly just because science centres are nice: they are perceived to perform a service to their communities.

Persson (2000) indicated global growth estimates of numbers of institutions at 5 % per year and attendance at 2% per year in the 1990s. Growth has continued ever since.

When we talk about enhancing learning or making meaning, one should start with a definition. According to Falk et al. (2007) learning should be regarded as “a personally constructed, highly idiosyncratic, lifelong process of making meaning.” They also point out that most of what we learn in our lives we learn not because we have to, but because we choose to.

Falk & Dierking (2013) use a contextual model of learning in museums, consisting of the personal (a variety of experience and knowledge), the sociocultural (culture and social interaction) and the physical context (architecture, design, ambience, both physical and virtual), pointing out that learning occurs in the intersection of all three.

People come to a museum for different reasons. Falk (2009) developed the concept of visitor identities:

One should remember that learning happens in many places. Falk & Dierking (2010) pointed out that “average Americans spend less than 5% of their life in school classrooms; and an ever growing body of evidence demonstrates that most science is learned outside of school.” This is probably true for many other countries, as well.

Falk & Needham (2011) conclude that “an individual’s understanding of the physics of flight, for example, might represent the cumulative experiences of completing a classroom assignment on Bernoulli’s principle, reading a book on the Wright brothers, visiting a science center exhibit on lift and drag, and watching a television program on birds. All of these experiences are combined, often seamlessly, to construct a personal understanding of flight; no one source is sufficient to create understanding, nor one single institution solely responsible.”

There are several sources of information for learning about science and technology: school, Internet, books and printed matter, life experiences, television, work, museums, zoos and science centres, friends or family, radio… In the year of this study based in the United States, 2000, museums were used to some extent by 38.2%, and a lot by 22.8% of the respondents (Falk et al 2007).

There is a vast literature about learning in museums and science centres. The review by Bitgood et al. (1994) of 150 articles showed that there are intellectual, emotional and physical impacts of informal learning in science museums. Traditional tools of experimental design are often inappropriate for studying informal settings. George Hein’s classic monograph Learning in the museum (1998) clearly shows that learning occurs in these settings.

The review by Garnett (2002), commissioned by a group of 13 science centres around the world, summarized 180 reports on impact by science centres. The review indicated that 87% of these reports and studies related to personal, i.e. learning and educational, impact. Of the personal impact, 54% related to science learning, 18% to attitudes, 14% to enjoyment and 7 % to career choice.

The authoritative and extensive review on informal science learning provided by the U.S. National Research Council (2009) concludes that there is compelling evidence of learning in designed settings, such as science centres:

Barriault and Pearson (2010) developed a visitor engagement model at Science North, Canada, by observing visitors’ behaviour at specific exhibits. The behaviours can be grouped in three categories that reflect increasing levels of engagement and learning: initiation, transition and breakthrough. In Science North, transition is typically reached by 20-80% of visitors and breakthrough by 20-60%. This provides direct evidence of learning occurring in the exhibition halls.