May 6th, 2021 | Browse other: News. | Tagged with: Improving ethical standards in government, Institute for Government | 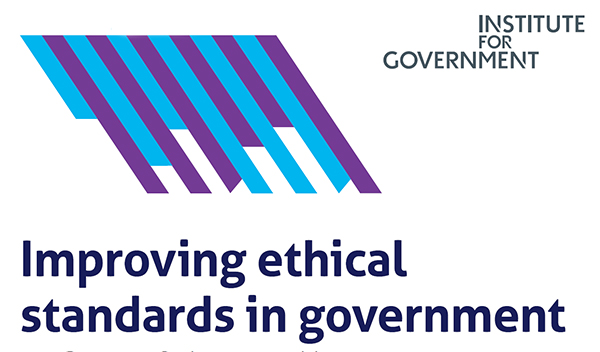 This report calls for new rules to extend the prohibition on former cabinet ministers lobbying government, new enforcement powers to ensure ministerial rules are followed, and greater transparency surrounding the outside interests of civil servants. It is critical of the prime minister’s decision not to give his newly appointed independent adviser, Lord Geidt, the independent power to launch investigations. 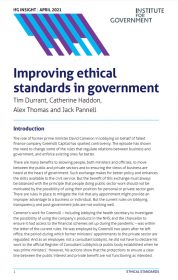 A patchwork of enforcement bodies oversee a range of rules on standards, ethics and access, but the Greensill affair, and subsequent revelations on relations between private sector interests and the government, have exposed serious weaknesses in the existing arrangements. At the same time, the prime minister’s refusal to say where the money used to refurbish his flat originally came from has highlighted the importance of the transparency requirements in the Ministerial Code.

The report recommends a series of changes to rules and enforcement to restore trust in government and reduce the risk of conflicts of interest undermining public confidence: