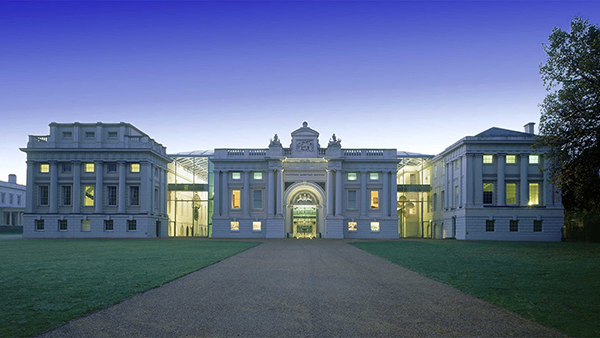 The UK Government has been called on to respect free speech after culture secretary Oliver Dowden allegedly vetoed a board appointment at Royal Museums Greenwich (RMG) because of the trustee’s work on decolonisation.

The Financial Times reported over the weekend that the government’s decision not to renew the term of Aminul Hoque, a lecturer at Goldsmiths, University of London, whose work promotes decolonising the curriculum, had led to the resignation of the former chair of the RMG board, Charles Dunstone.

Dunstone, the founder of the mobile phone company Carphone Warehouse, stepped down in January but the circumstances behind his departure were not reported until now. The current chairman of RMG is retired Royal Navy admiral Mark Stanhope.

The news comes amid ongoing alarm that ministers are fanning the flames of a so-called “culture war” over contested heritage following the toppling of the statue of slave trader Edward Colston in Bristol a year ago. Museum professionals have warned that this is having a chilling effect on work that critically examines the legacies of slavery and the British Empire.

The government has been accused of carrying out a “cultural cleansing” to ensure that the views of trustees at cultural institutions are in line with its policies.

Museums Journal understands that at least one other board member at a national museum has had their appointment blocked by the Department for Digital, Culture, Media and Sport in recent weeks.

Museums Association (MA) director Sharon Heal said: “Museums need boards that reflect a diversity of views and trustees that represent our communities. It is concerning that when museums are striving to be more inclusive in terms of governance, workforce and audiences, it appears that some people are being deliberately excluded from boards because they don’t comply with certain opinions.

“Section 1.2 of the Code of Ethics for Museums clearly states that museums and those that work in and with them should: ‘Support free speech and freedom of expression. Respect the right of all to express different views within the museum unless illegal to do so or inconsistent with the purpose of the museum as an inclusive public space.’

“We would strongly urge the government to respect that principle and support diverse and inclusive boards.”

The government is currently working with museum and heritage bodies to develop national guidance on its “retain and explain” policy for contested heritage. The MA has warned that such guidance risks breaching the arm’s-length principle, saying “it is not for ministers to impose what constitutes a legitimate subject for investigation or what the outcome of that research might be”.

See also: UK culture war heats up as arts professionals question veto of trustee appointment at Royal Museums Greenwich
Positions Vacant » View All
» Senior Cleaner – MAGNT
» Exhibitions Coordinator – MAGNT
Latest News » View All
AAH NRI Roadmap exposure sub sees gaps
incl HAAS, research excellence & integrity Read more.
AIATSIS to open Alice Springs engagement
& digitisation centre with NT Govt support Read more.
Eric Gill’s Prospero & Ariel at the BBC
- judging the past & Ditchling Museum Read more.
Art attack – when vandals strike
- a glimpse of past causes & art vandalism Read more.
A letter to MoAD’s visitors & friends
& road to recovery after arson attack Read more.
Top +
Council of Australasian Museum Directors, c/o Ms Daryl Karp, Museum of Australian Democracy at Old Parliament House PO Box 3934 Manuka, Australian Capital Territory 2603 Australia, © CAMD 2022
Copyright: All information and resources provided on this website remain the copyright of the Council of Australasian Museum Directors. Permission is granted for viewing and downloading for personal and not for profit purposes. Those wishing to reproduce any materials for commercial, educational or other uses are requested to contact us.
Disclaimer: The content of this website is provided for information purposes only and is not intended as a substitute for professional advice. No claim is made as to the accuracy or authenticity of the content of the website. The Council of Australasian Museum Directors does not accept any liability to any person for the information or advice (or the use of such information or advice) which is provided on this website. The information on our website is provided on the basis that all persons accessing the site undertake responsibility for assessing the relevance and accuracy of its content. No responsibility is taken for any information or services which may appear on any linked web sites. Hostgator.
.