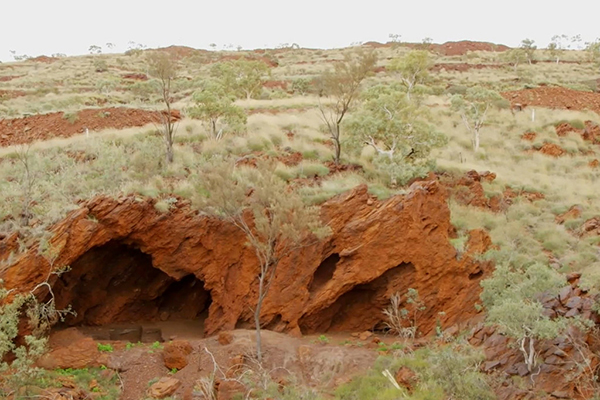 The chair of the parliamentary committee that investigated the destruction of the 46,000-year-old Juukan Gorge rock shelters has said every Aboriginal heritage site in the country remains at risk as long as the current state-based heritage protection regime stays in place.

“Clearly the system as it is, isn’t working. It’s not doing what it’s supposed to do.”

Under changes proposed in the 315-page report, the federal government would create a new national framework to set minimum standards for states and territories’ cultural heritage protections, in line with international best practice.

The new law would grant veto power for Indigenous groups to say no to applications to develop on culturally significant sites, give Traditional Owners the ability to sue mining companies that destroyed such sites, and introduce harsher criminal penalties. The new framework should be co-designed with Aboriginal and Torres Strait Islander people, the report recommended.

It included a proposal to shift responsibility for Indigenous cultural heritage protections from the Department of Environment to the Minister for Indigenous Australians. 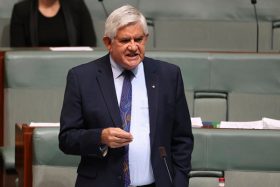 Neither Environment Minister Sussan Ley nor Minister for Indigenous Australians Ken Wyatt committed to the new laws on Tuesday. Mr Wyatt said in a statement that Indigenous heritage protections were “intrinsically bound to federal and state environmental laws” and he would work “in very close collaboration” with Ms Ley on the recommendations.

Ms Ley said she would review the recommendations in the context of a process already under way to work with Traditional Owners to work out the best way to protect cultural heritage.

However, any change is likely to receive pushback from the mining lobby, with the West Australian Chamber of Minerals and Energy saying the state should remain the primary regulator. 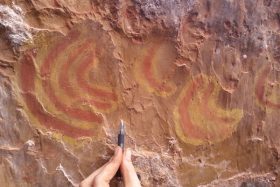 Rock art on Nyiyaparli land in the Pilbara that was saved after the destruction in Juukan Gorge. CREDIT: JILLIAN HUNTLEY.

The chamber and the big miners were “steadfast in the view that any proposal to strengthen federal oversight on Aboriginal heritage matters would not deliver improvements and would only duplicate processes and relationships that are best delivered at a local level with local stakeholders”, said the chamber’s director of policy and advocacy Rob Carruthers in a statement.

Mr Entsch told The Age and The Sydney Morning Herald it was up to his party’s ministers to acknowledge that the current system was not working, and to consider adopting the committee’s recommendations.

“We’ve clearly got evidence there … where we contacted [state] ministers’ offices but they weren’t able to respond in a way that protected the shelters,” he said. “So, we’re well aware of where they are at the moment, but one of the things that is very evident is the current system is not working. I don’t take a backward step on it. If the system had been working we wouldn’t have had to do the report.”

National Native Title Council chairman and Ngalia cultural and community leader Kado Muir welcomed the recommendations, saying: “First Nations heritage is destroyed on a daily basis, often legally and without a legal right for Traditional Owners to say no.”

He would welcome a new power for Traditional Owners to “withhold consent to the destruction of cultural heritage, and to better resource native title bodies so they can effectively carry out their statutory duties”.

The Australian Council of Superannuation Investors also welcomed the report, saying it was “crucial to have a legal framework that will improve engagement between companies and Indigenous groups and safeguard their rights”.

Cape York Institute founder Noel Pearson was critical of the inquiry, telling The Australian the standing committee had “squibbed” its brief by not uncovering Rio Tinto’s internal decision-making responsible for the blasting of the two shelters at Juukan Gorge, or holding people responsible for the destruction of cultural heritage.

“This parliamentary committee dodged the truth and gave Rio Tinto a ‘get out of jail’ card,” he said.

Mr Entsch hit back, saying Mr Pearson had made no submissions to the inquiry.

Mr Entsch said Rio Tinto was now working with the traditional owners, the Puutu Kunti Kurrama and Pinikura (PKKP), adding: “It’s costing them more than the $30 million in iron ore they will never recover from the site after they blasted the shelters.

“Noel needs to go and talk to the PKKP. They’re working with Rio.”

Rio Tinto said it was continuing to work to rebuild relationships with Traditional Owners following its destruction of the Juukan Gorge rock shelters.