The creation of the Encounters Indigenous Cultural Workers Scholarships is an exciting opportunity and legacy that has emerged from the Encounters exhibition. The program is delivered by the National Museum of Australia in partnership with The Prince’s Charities Australia.

The Scholarships program has been developed in response to recommendations from the extensive community consultation programs conducted for Encounters.

Starting in late 2016, the program is aimed at Aboriginal and Torres Strait Islander people from remote and regional communities working in the cultural, creative and heritage sectors. It will give six awardees hands-on experience at the National Museum of Australia as well as The British Museum and the Prince’s School of Traditional Arts in the United Kingdom.

The program also offers awardees an opportunity to experience a residency with mentors at other major cultural institutions in Canberra, and access to major Australian collections at prominent UK universities and institutions. 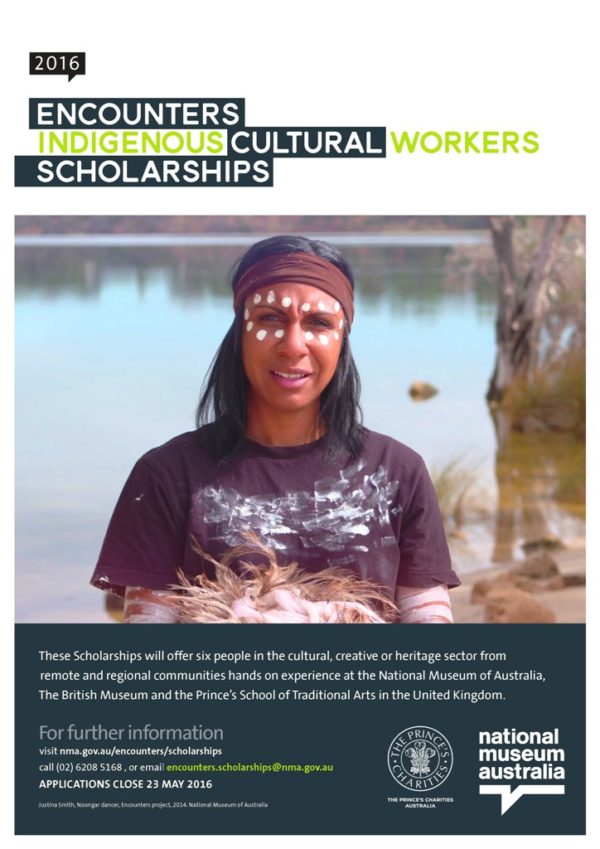