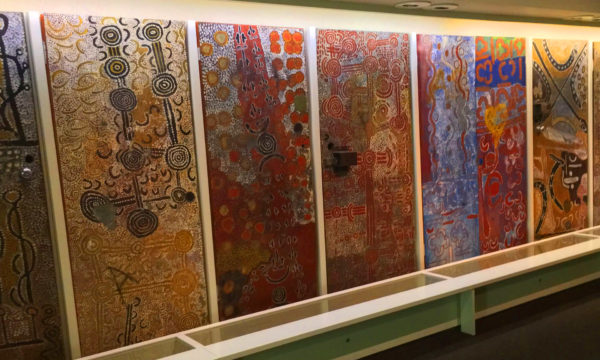 The South Australian Museum’s Indigenous Australian collection of 28,000 artefacts stands as one of the world’s most significant accumulations of Aboriginal and Torres Strait Islander cultural and historical material.

Despite the depth and extraordinary value of this collection – much of it drawn from the vast portion of north and central Australia that became the Northern Territory in 1911 – the museum is renowned for its conservatism.

In a significant first challenge to the institution’s orthodoxy, its new head anthropologist, John Carty, has made a special appointment of the acclaimed Aboriginal curator Glenn Iseger-Pilkington, to reconnect the Indigenous collection with country and peoples.

On Monday the museum will formally announce the appointment of Iseger-Pilkington as curator of Aboriginal art and material culture. Six other Indigenous Australians work there. But it is the first time in the history of the museum, founded in 1856, that a lead curatorial role has been designated specifically for an Indigenous person.

Carty, a leading proponent of Australian museological reform in relation to Indigenous collections, turned to philanthropy to fund the position for Iseger-Pilkington – a 35-year-old visual artist and curator from the Kimberley who is of Wadjarri, Nhanda and Nyoongar, as well as Dutch and Scottish, ancestry.

Carty approached Margaret Davy, a retired doctor who works as a volunteer archivist for the museum, to fund the position, which will be known as the “William and Margaret Geary curator of Aboriginal and Torres Strait Islander art and material culture”.