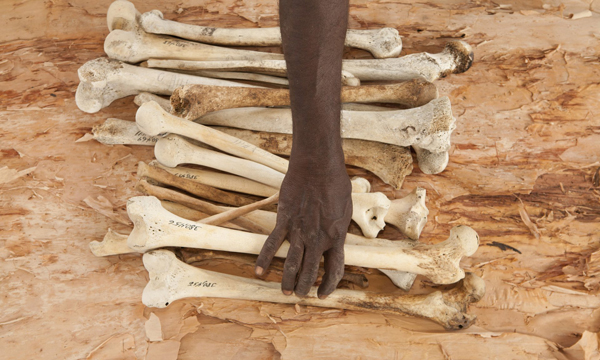 Aboriginal remains were repatriated to their ancestral home in Arnhem Land from the Smithsonian Institution in the US where they had been in museum collections for over 60 years. Photograph: Fairfax Media/Getty Images.

Paul Daley, Kevin Rudd’s Indigenous museum was a good idea. But let’s not leave it to politicians, The Guardian, 27 September 2016

In 2009 Rudd, it seems, had in mind a “significant architectural monument and educative institution” in the vein of or Washington’s Smithsonian National Museum of the American Indian or, perhaps, the recently dedicated National Museum of African American History and Culture.

But Labor rolled him, the idea died and was never, apparently, resurrected when he was back as prime minister in 2013. Rudd, it should be said, was not the first prominent Australian to determine the need for such a museum. Indeed, plenty of people continue to agitate behind the scenes for an institution rooted not only in history, anthropology and archaeology but in living culture, which would fill the present yawning void.

Museology, especially in the Indigenous space, is on the edge of a significant global reformation. The Smithsonian is in some ways at the vanguard.

Increasingly, museums that supposedly serve as portals into Indigenous worlds must re-evaluate whether their primary purposes rest in collecting or repatriating, keeping or returning. These vexing questions are challenging some of the world’s oldest collecting institutions with significant Aboriginal holdings, including the British Museum, which has some 6,000 Indigenous Australian pieces in its collection.