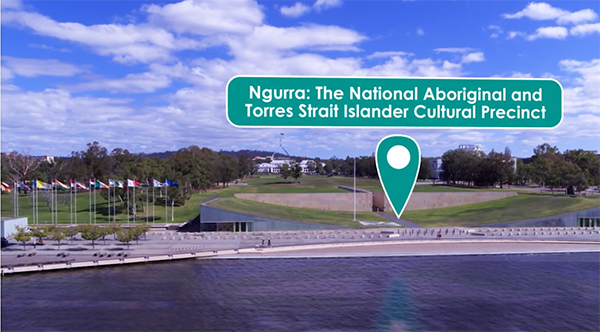 Editorial: New Indigenous cultural precinct must tell the truth about our past, The Sydney Morning Herald, 5 January 2022

With little fanfare, Prime Minister Scott Morrison on Wednesday announced a decision that could be his greatest contribution to the cultural life of Australia: the creation of a new Indigenous cultural precinct in the heart of Canberra.

The government has allocated $316.5 million to build a “national landmark” located beside Lake Burley Griffin right on the symbolically significant line between the Australian War Memorial to the north and Parliament House to the south. When built, it will transform the parliamentary triangle and indeed the face of the national capital.

The Herald welcomes this brave decision which, in a very concrete sense, puts understanding Indigenous history at the centre of our political system. It will be called Ngurra, which means “home” or “country” in some Western Desert languages.

Mr Morrison said he wants the new institution to promote the “journey of reconciliation” while Indigenous Affairs Minister Ken Wyatt said he wants it to be devoted to “truth-telling”.

The new facility will be run by and sit within the new premises of the Australian Institute of Aboriginal and Torres Strait Islander Studies, the pre-eminent national academic body that promotes understanding of Indigenous culture and heritage.

It will include a resting place for the remains of Indigenous people that were taken over the past 150 years for study by racist scientists and held in foreign institutions. Now that these macabre relics are being returned, Australia needs a solemn place to honour the remains in cases where their community and country can no longer be determined.

The need for a national museum of Indigenous history is clear. Other Canberra cultural institutions, such as the National Gallery, the Australian Museum and the War Memorial, can only cover the topic in passing.

Yet if this new museum is to fulfil its mission of reconciliation and truth telling it faces some hard choices.

Some conservative warriors in the “History Wars” will likely demand that the new institution promote a sense of national pride rather than dwell excessively on what historian Geoffrey Blainey once described as a “black armband” view of our colonial past.

It is a debate that has flared over everything from the celebration of Australia Day to the question of allowing exhibits about the frontier wars between Indigenous Australians and white settlers as part of the $500 million extension of the Australian War Memorial.