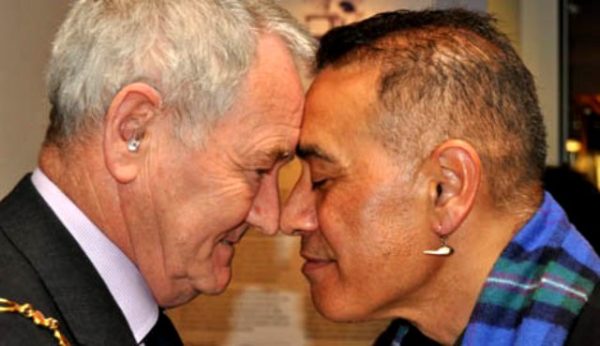 Indigenous Repatriation Efforts around the world

Human remains handed over to Museum of New Zealand

The Falconer Museum in Moray, Scotland, and Weston Park Museum in Sheffield have both returned Māori human remains to representatives of the Museum of New Zealand Te Papa Tongarewa.

A Māori skull was handed over to Te Herekiekie Herewini, the repatriation manager at Te Papa and Hema Temara, Te Papa’s Māori cultural practice adviser, by Moray Council convener councillor Allan Wright, who signed the formal transfer document in a ceremony at the museum last week.

The skull is from Waikouaiti in the Otago region of New Zealand’s South Island and was thought to have been donated to the museum in around 1883. It is has been preserved in the museum store, and has not been on public display since Victorian times.

Wright said: “We are pleased to be able to return these remains to the Māori people where they rightfully belong.

“These were dark days when these ancestors were traded, collected and stolen,” said a spokesman for the Museum of New Zealand Arapata Hakiwai. “But today we have the opportunity to put right the mistakes of the past and we are very grateful to all the institutions who have shown great sensitivity and respect to reach this milestone with us.”

The Palaszczuk Government has established a new fund to accelerate the repatriation of the ancestral remains of Queensland’s Aboriginal and Torres Strait Islander peoples, so that they can be laid to rest in their traditional lands.

Treasurer and Minister for Aboriginal and Torres Strait Islander Partnerships Curtis Pitt said the Queensland Government had kick-started the fund with a $100,000 donation in partnership with $50,000 from the Queensland Museum Foundation.

“As a society, we have a long overdue obligation to right the wrongs of the past and repatriation is one significant way that we can advance the process of reconciliation and healing,” Mr Pitt said.

“We know that the repatriation of ancestral remains will be a sensitive and costly procedure involving complex social, cultural and historical issues.

“This initial $150,000 kick-start to the new fund will employ an officer dedicated to negotiating repatriations and educating the community on the process, with additional moneys leftover to start repatriating remains.

“Our driving force is to return Ancestral remains and other objects to country so the healing can begin and we’re now looking for corporate partners to work with us in contributing to this project of tremendous historical and cultural significance.”

This afternoon, the Smithsonian’s National Museum of the American Indian (NMAI) in Washington, DC, hosted an emergency meeting of tribal leaders, government representatives, and NGO officials to call for a halt to a Monday auction in Paris that involves human remains and sacred indigenous objects. The May 30 Art Amerindien, Art Precolombien, Afrique et Oceanie sale, organized by EVE (Estimations Ventes aux Enchères) auction house at Drouot Richelieu, is the latest wound in the ongoing battle to repatriate spiritual objects, many of which were lost during the forcible relocation and assimilation of indigenous people.

“The whole world condemns the destruction of Palmyra by ISIS, the National Geographic cover story this month is about tomb raiders, and just as these things are happening worldwide, they are also happening in the United States with regards to the plundering of native cultures,” said Governor Kurt Riley of the Pueblo of Acoma at the meeting. Riley singled out an Acoma shield in the auction, a “sacred item which no individual can own” and would never have been sold. “How it left the pueblo we don’t know,” he added. “However, its mere existence and presence outside of the pueblo tells us that an event occurred that violated Acoma law.”