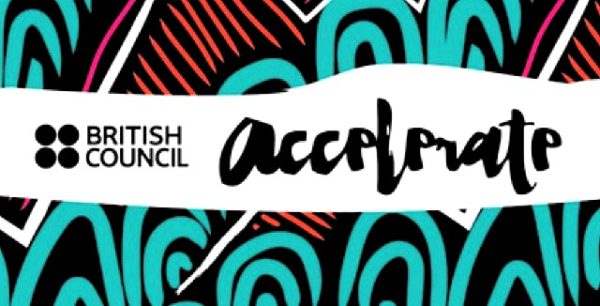 The British High Commission is pleased to announce that it has today signed a new agreement to support the Charlie Perkins Scholarships and the Roberta Sykes Scholarships for Indigenous Australians studying in the UK.

The agreement extends UK government support to Roberta Sykes Scholars at British universities for the first time, and renews the successful partnership with the Charlie Perkins Trust for scholarships to the Universities of Oxford and Cambridge for a further three years.

“I am delighted that the British government, through our Chevening programme, is working with the Charlie Perkins Scholarship Trust and the Roberta Sykes Indigenous Education Foundation to support Indigenous students with the potential to become future leaders.

“With today’s announcement, we will double the number of students in Australia who receive Chevening Scholarships each year and extend the reach of the programme to include more of Britain’s excellent universities.”

“It has been really great to meet some of the incredibly inspiring young people that we have been able to help through our Chevening and ACCELERATE programmes. Talking to them today, I can clearly see the real and growing impact that both UK programmes are having in fostering a new generation of confident and ambitious Indigenous leaders, and in promoting cultural exchange and diversity.

“Six years ago, no Indigenous Australian had studied for full-time postgraduate degrees at Oxford or Cambridge. Now 32 have been accepted on masters courses and PhDs in fields from psychology and neuro-science to fine arts and public policy, and of these 15 have already graduated.”

“Over the past six years, the ACCELERATE programme has attracted some of the most diverse and talented individuals from the arts sector.

“By offering tailored training and mentoring and drawing upon connections with the UK’s vibrant creative industries, ACCELERATE helps Indigenous creative leaders to utilise their creative skills, draw upon their rich cultural knowledge base and develop valuable international relationships with creative leaders.

“I’m pleased to see additional leadership development opportunities for Indigenous Australians open up, and look forward to welcoming submissions for the 2016 round of ACCELERATE when applications open on 20 April.”

Speaking about the Scholarships, the Chair of the Charlie Perkins Scholarship Trust, Rachel Perkins, said:

“On behalf of the Charlie Perkins Scholarship Trust and the Perkins family, we are delighted that the British Government has agreed to continue supporting our important work. This is a wonderful realisation of my father’s vision that Indigenous people should strive for excellence in all pursuits.”

Speaking about the announcement, the Chair of the Roberta Sykes Indigenous Education Foundation, Peter Waters, said:

“Our objective is to contribute to the growth of the educational aspirations of Indigenous Australians within a generation by building a pipeline for students from the early years of high school through to postgraduate study. The opportunity to “get off the island” and study at a range of UK educational institutions, with the generous support of the British Government’s contribution, will be a powerful magnet drawing students through that pipeline and will help bring about the desired transformational change.”

The Charlie Perkins Scholarship was established in 2009 in memory of Dr Charlie Perkins AO, one of the first Indigenous Australians to graduate from university. Charlie was inspired to return to Australia to undertake university study after playing in a soccer match against the University of Oxford. He completed a Bachelor of Arts from Sydney University in 1966. Supporters of the scholarship programme include the Australian Government, the British Government (through the Chevening Programme), the Cambridge Commonwealth, European & International Trust, Cambridge Australia Scholarships, the University of Oxford, the Pratt Foundation, Justice John Basten, the McCusker Foundation and the University of Canberra.

The scholarships are valued at over $70,000 per annum for up to three years and include all tuition fees and living expenses.

Through ACCELERATE the British Council partners with the Australia Council for the Arts and state arts agencies to offer Indigenous Australians working within the creative industries with the skills and networks to generate, take up and excel in leadership positions. The programme currently boasts 29 alumni, including leading curators, producers, artists, musicians and writers.