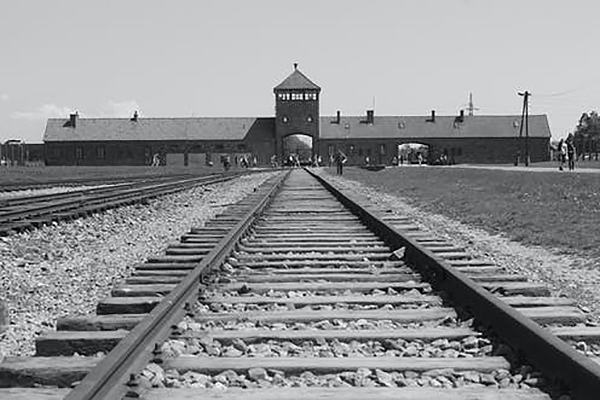 Jan Lanicek, It’s not just about the rise in anti-Semitism: why we need real stories for better Holocaust education in Australia, The Conversation, 27 January 2021

On January 27 communities worldwide commemorate the liberation of Auschwitz — the largest complex of concentration camps and extermination centres during the Holocaust. This is the first year the International Holocaust Remembrance Day will be marked nationally in Australia.

Prime Minister Scott Morrison and Treasurer Josh Frydenberg will address the event, which demonstrates the importance the government ascribes to Holocaust commemoration.

In October 2019, after two cases of serious anti-Semitism in schools (one where a Jewish student was forced to kiss the feet of another student), Josh Frydenberg urged schools to deliver more history lessons about the Holocaust. He said:

If they [bullies] understood and comprehended the atrocities of the Holocaust, they would be as insulted as anybody, including me, about these recent attacks.

Federal and state governments have provided funding to Holocaust museums, and Holocaust education is mandatory in years 9 and 10 in NSW and Victoria. It is also part of the history curriculum nationally.

Although the Holocaust is a universal symbol of evil, there is some feeling among Australians it has no direct historical relevance here. In 2016, the Australian War Memorial in Canberra unveiled a small exhibition with several stories connecting Australia to the Holocaust. But there was some opposition.

One regular visitor to the Memorial told me emphatically that she was opposed to this exhibition. “This has nothing to do with Australia and the Australian War Memorial”, she said. She told me that she would never walk through it.

With the passing of most of the last survivors, it seems the horrors of the event are being lost with the younger generations. Surveys conducted by the Claims conference (an international organisation that aims to bring justice to Holocaust survivors) in 2018, showed 31% of Americans (41% of millenials) believe substantially fewer than 6 million Jews were killed (two million or fewer) during the Holocaust.

And almost half of Americans couldn’t name a single concentration camp during the Holocaust, despite the fact there were possibly more than 40,000 at the time.

Teachers need to consider new ways how to make Holocaust history relevant to new generations globally, and in Australia.

How the Holocaust is relevant to Australia

My historical research has brought to light personal stories connecting Australia and Europe during the second world war.

Between 7,000 and 10,000 Jewish refugees reached Australia shortly before the war. Most of them left behind relatives, often elderly parents, sisters, cousins, aunts, uncles and friends, who perished in the Holocaust. 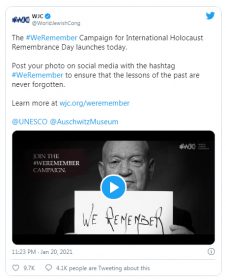 In 1939 Mayloch Ruda from Warsaw, Poland migrated to Australia with his two daughters — leaving his wife Chana and three other children, Pola, Frania and Guta behind. This was a typical migration strategy, when the breadwinner left first to establish a new home overseas.

Mayloch applied for Australia to admit his family, but it was too late. The war closed almost all emigration routes from Europe. His wife and three daughters were soon imprisoned in the largest Nazi ghetto in Warsaw.

Mayloch and his two daughters remained in intermittent contact with their family through the International Red Cross. The last message they received from Pola in November 1942 was delayed by almost six months:

We are in dire material conditions. Mother lost her sight. We plead for any help, as soon as possible. We all live together. We are waiting for help and the news.

Mayloch contacted Jewish humanitarian agencies to send his family food parcels, but it is doubtful they ever arrived. Most of the Jews from Warsaw, very likely including the Ruda family, were murdered in Treblinka.

After the war, the Rudas and others tried to locate their relatives, and if they survived, bring them over to Australia.

Another survivor, Max Heitlinger, who arrived in Australia in 1939 from Vienna, expressed these feelings in his memoirs.

I knew it was the end for all of them. I still wake up at night and cry in desperation and self-accusation.

Despite the immense interest in the history of the Holocaust in Australia their efforts and strategies have remained largely unknown.

The Holocaust is about human rights more generally

The idea Holocaust education could help combat rising anti-Semitism is not new. Surveys conducted in the past 15 years, however, suggest “Europe is experiencing rising levels of antisemitism […] alongside a growth in Holocaust education”.

The authors of the surveys write that for Holocaust education to be effective, the curriculum should also consider “the pre-existing cultural capital of students and the specific history of Jewish communities, anti-Semitism, and the Holocaust in the country […] where the subject is being taught”.

UNESCO recommends education about the Holocaust include elements such as fostering critical thinking, education about global citizenship, and integration of gender perspectives to help unmask bias.

Stories like the above, of migrants in Australia, separated from family, offer possible avenues for teachers to present the Holocaust as part of our history.

Using these stories is also crucial for understanding the diverse experiences in Australian multicultural society. 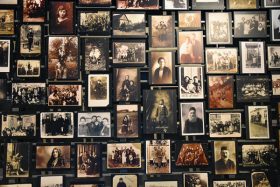 Up to 10,000 Jewish refugees came to Australia before the war. Many left behind relatives. (Photos of Holocaust victims and survivors taken from the Holocaust Memorial Museum in Washington) Shutterstock.

Stories of separated families still happen today. Sadam Abudusalam, an Australian citizen, was separated for three years from his Uyghur wife Nadila and their child, who were left behind in China. The Chinese persecution of the Muslim Uyghurs was recently characterised by the Trump administration and the president-elect Joe Biden’s team as a case of genocide. Thankfully, Sadam was reunited with Nadila and their child in December 2020.

The study of the Holocaust offers immense opportunities to educators at all levels, but proper training is necessary for those who teach the subject.

But while the Australian government has mandated Holocaust education, the recent fee shake-up in universities — where fees for most humanities courses have risen – will, unfortunately, put learning about it in-depth out of reach for some students. And this includes prospective school teachers.

Australia must make it easier for students to learn about the history of our world so they can better teach it to school students.

The study of the Holocaust, as the ultimate example of genocide, allows teachers to raise the universal message of human rights abuses and mass violence. If we relate the Holocaust to our past and present context, we can facilitate a better understanding of the Australian place in the world and its relation to gross human rights violations around the globe.