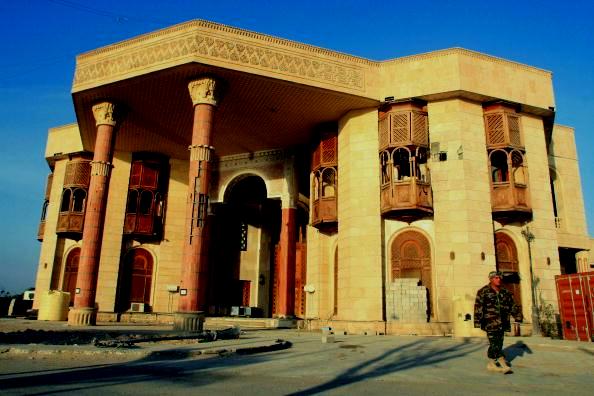 The palace of Saddam Hussein will soon be reopened as a public art museum. (Photo: Essam Al-Sudani/AFP/Getty Images).

In September, Iraq’s first new museum since the 2003 occupation will open to the public inside the Basra mansion of former Iraqi President Saddam Hussein.

With backing from the Iraqi government, a U.K.-based charity and oil company donations, Qahtan al-Abeed, director of Iraq’s State Board of Antiquities and Heritage for Basra, is scrambling to ready the palace for its grand opening this fall, according to National Geographic.

The dictator was ousted from power, and forced to leave his ornate homes spread throughout the country, during Operation Iraqi Freedom. After U.S. Forces captured Hussein, the palace was used as a mess hall for the British Army, until 2008, when Mr. al-Abeed petitioned the central government to hand over the palace to the Board of Antiquities. In 2010, he got his wish.

Mr. al-Abeed envisions the palace split into four sections that will exhibit artifacts from the ancient civilizations of Sumer, Babylon and Assyria, along with Islamic art. He expects there to be between 3,500 and 4,00 artworks, many culled from Baghdad’s Iraq Museum.