You are here: Home » Articles filed under: 'News' » Article: 'Is US Art Museum attendance declining?'

Is US Art Museum attendance declining? 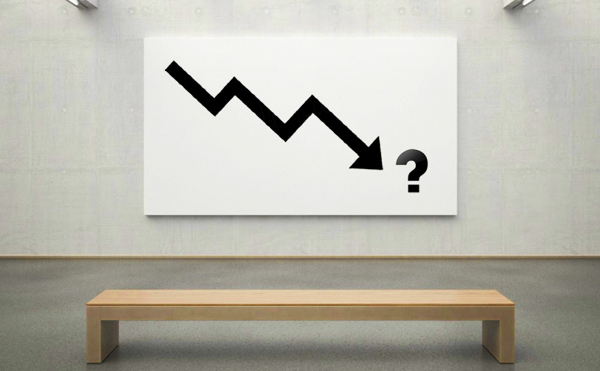 Seph Rodney, Is Art Museum Attendance Declining Across the US?, Hyperallergic, 18 January 2018

There are signs that attendance in many museums across the country is slowly falling, but the reasons why are still to be determined.

Art and culture museums may be in trouble. Statistical evidence coming out of the scene in Baltimore, which seems to be finding corroboration nationwide, conveys a narrative of museum visiting being on the downtrend. Mary Carole McCauley, a reporter for the Baltimore Sun has recently written about precipitous declines in attendance, citing drops in annual attendance at the Baltimore Museum of Art of 12.7% in the last 15 years, at the Walters Art Museum of 24.1% from a peak of 195,000 visitors in 2008, and at the Reginald F. Lewis Museum of Maryland African American History & Culture, which has seen attendance sink 53% from the opening-year high of 104,500 visitors.

These are sobering numbers; however, this report does arrive with a few caveats. The Baltimore Museum is actually recovering from a sharp fall in visits after closing 60% of its galleries for a renovation project which began in 2011. The full museum only reopened about three years ago evincing a 36% decrease in attendance since 2002. But the end of the 2017 fiscal year, attendance had climbed to 246,100, commensurate with the levels for 2005, though still not as robust as earlier years.

The nationwide figures are similarly distressing, according to McCauley. She writes that “the National Endowment for the Arts reports attendance at art museums dropped 16.8 percent — even as the population grew by more than 33 million people, and museums began offering free admission.” It’s not clear to me where these statistics originate. McCauley cites a National Endowment for the Arts report that shows that 18.7% of US adults visited an art exhibition in a museum or gallery in 2015, as opposed to 26.5% in 2002 — which is a drop of only 7.8% not 16.8%. I queried McCauley via email and she insisted that the fall in attendance occurred between 2002 and 2015, that she had investigated two, separate reports, had examined the data tables herself, and consulted NEA researchers. However, I was not able to independently verify these numbers. (Note: subsequent to publishing this article it was pointed out to me that I had not properly considered the rise in population between 2002 and 2015 in making my calculations; given population growth it seems to be most likely that the decline in audience is actually in the 20% range.)

Still, there is evidence that people are becoming less inclined to visit museums and galleries, and for those of us (like me) who are invested these institutions as one of the key bulwarks against the encroaching colonization of civic space and engagement by the relentless commodification of experience, this is dispiriting news. To help make the argument for the value of museums McCauley conferred with Elizabeth Merritt, director of the Center for the Future of Museums. Merritt says, “Society has a vested interest in preserving our culture, our historic heritage and our art. That is part of what defines who we are. Museums help create society. They fuel innovation.” I mostly agree with Merritt here. Museums are indeed one of the key institutions that are constitutive of civic culture, that space where we as citizens of a community come together to extend and deepen our knowledge and capacities, to make meaning and make ourselves meaningful to others outside of the family or employment circles. The museum is where private experience can become subject to public judgment. But then, there is that “fuel[ing] innovation” proviso.