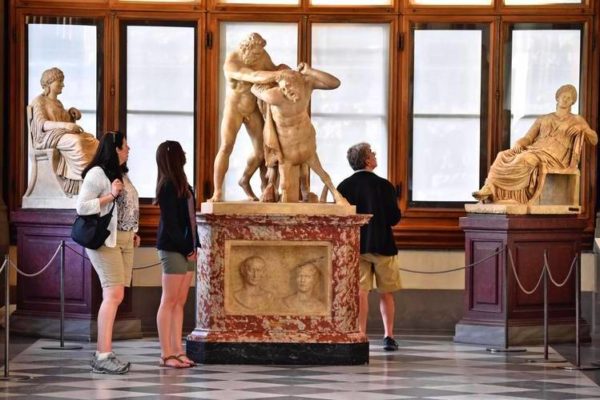 Tourists visit Uffizi Gallery during the evening opening in Florence in May. Photo: Maurizio Degl/’Innocenti/Associated Press.

Government efforts to streamline Italian museums like the Uffizi and Capodimonte face resistance from unions and limited resources.

He reorganized the staff, extended opening hours during busy times and put a collection of works by artists such as Andy Warhol and Keith Haring that had long been owned by the museum on display for the first time.

Mr. Felicori’s efforts were a hit with visitors. Revenue in the first quarter of the year was 80% higher than the year before and the number of ‘likes’ on the museum’s Facebook page tripled. But the moves didn’t sit well with unionized workers. In February, union representatives wrote a letter to the culture minister complaining that Mr. Felicori’s long hours in a government institution outside of normal business hours could jeopardize museum security. “The director stays in the building until late in the evening,” they said. “Such behavior puts the entire museum at risk.”

The tensions at the Reggia di Caserta illustrate the broader problems facing Italian museums these days. Over the past two years, the country has embarked on a sweeping reform of its artistic patrimony. In an effort to streamline bureaucracy and improve museum management, Culture Minister Dario Franceschini has announced an increased budget and a series of radical measures including plans to select new directors for 29 museums through an international selection process.