You are here: Home » Articles filed under: 'News' » Article: '‘It’s not about wokeness, it’s about doing'

‘It’s not about wokeness, it’s about doing 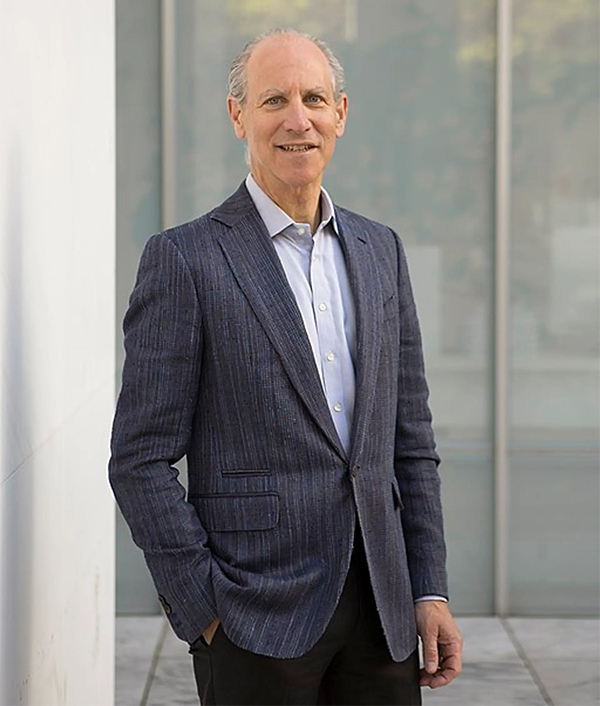 Culture figurehead says that in the post-pandemic climate, museums should not be places that provide answers.

In a new podcast released this week, Glenn Lowry, the director of the Museum of Modern Art (MoMA), discusses the political and cultural landscape post-Covid, raising issues such as the role of museums, abortion rights in America and whether “democracy will survive the next decade”.

Lowry, who has been at the helm of the New York institution since 1995, is a guest on The Art World: What If…?!, the third podcast created by the art advisor and critic Allan Schwartzman and journalist Charlotte Burns. Naomi Beckwith, the deputy director of the Guggenheim Museum, and Kemi Ilesanmi, the former executive director of The Laundromat Project, also feature in the first episodes which were released 12 January.

Recalling her last interview with Lowry in 2018, Burns begins by asking how the climate today is underpinned by new concerns, creating a fraught “flammable moment”. Lowry says: “It’s differently flammable; I think what has happened certainly… is that a number of issues that were complicated have become toxic. We have just endured two years of a pandemic that created even further gaps in social and financial inequality.

“We now know that our world as we thought we understood it is far more fragile… wars that seemed inconceivable now [have] happened, we’ve lived through a racial reckoning and really seismic social rethinking about race and equity in this country that is deep and profound.”

He adds: “All those changes of course impact our civic institutions in deep and profound ways. What worries me is whether democracy itself will survive the next decade because it seems to me among all the different forces at play—the intolerance of other people’s opinions… presages a condition in which we lose all ability to negotiate difference.”

To Burns, museums in the United States are generally “civic-minded institutions” underpinned by key societal issues. But how can museums prompt further reflection? According to Lowry: “If we can create a space where art itself is the centre of conversation, with all of the contradictory and complex issues that it raises, then we will continue to thrive. I feel very strongly that museums should not be places that provide answers, museums should be places that provoke questions… I think that’s our role especially in a moment of complexity.”

He details how MoMA’s audience has changed in the wake of the coronavirus crisis, pointing out that the museum carries out regular audience surveys encompassing zip code and country captures. “We’re less accurate of course on the more complex socio-economic questions that can only come from regular audience surveys [conducted twice a year],” Lowry says. Since MoMA reopened late August 2020, the audience has clawed back to 75% or 80% where it was pre pandemic, he adds. “Our baseline was about three million. In the year of the pandemic, [visitor figures] shrank about 650,000. Our hope is that this year we will be very close to where we were pre pandemic.”

In a candid dialogue, Lowry stresses that assimilating different political viewpoints is essential for the health of democracy. “The joy of living is discovering new possibilities; some of these threatening moments where people feel… that wokeness has taken over America, [they] diminish in importance because it’s not about wokeness, it’s about doing the right thing, it’s about understanding the ways in which you navigate that, you can help make this country better.”

Lowry goes so far as to say that he is “a self-identified liberal democrat so I find some of the thinking on the hard right really frightening but I’m willing to engage [with] it.

Take abortion: it’s inconceivable to me that we’re still stuck in this situation as a country where you can have a supreme court that overturns Roe vs Wade [June 2022]. It’s just inconceivable… we have to go and recognise that if you believe in abortion rights, they’re not god given, they’re hard fought and as it turns out in this country, they’re constantly under attack… you’ve got to engage with reality.”

Burns also points out that New York is on the brink of enormous upheaval, with a “shifting and changing of the guard” at both public institutions—Richard Armstrong is stepping down as director of the Solomon R. Guggenheim foundation for instance this year—and commercial galleries. “If the next five years sees a significant change in the leadership of museums, that just means there’ll be new visions and new ideas that will propel those institutions forward,” Lowry says. In 2018, The New York Times reported that he is due to remain in post until 2025.

“If Paris is any example of what can happen when several new directors come on to the scene [citing Laurent Le Bon, the president of the Centre Pompidou and Laurence des Cars, the new director of the Musée du Louvre] it’s really phenomenal—a new generation providing new leadership but not necessarily dramatic change to the institutions in the first instance. If that happens in New York, how good is that?” He also highlights that most US public institutions are governed by boards of trustees—“those boards are not changing with the same kind of frequency and dramatic shift in potential direction that the leadership is.”