You are here: Home » Articles filed under: 'News' » Article: 'It’s tough to be a museum director'

It’s tough to be a museum director

April 4th, 2019 | Browse other: News. | Tagged with: It’s Tough to Be a Museum Director These Days, Qatar’s Star-Studded Culture Summit | 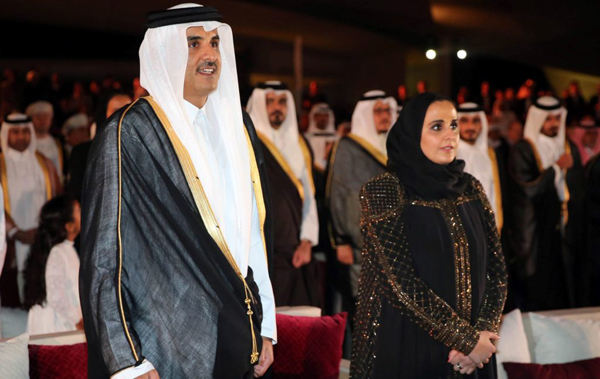 Javier Pes, It’s Tough to Be a Museum Director These Days and 4 Other Takeaways From Qatar’s Star-Studded Culture Summit, ArtNet News, 2 April 2019

Museum directors and art-world luminaries from Qatar and around the world came out in force and dropped all kinds of hints about future plans for their institutions.

The celebs and glitterati assembled in Doha last week for the launch of the city’s supersized Jean Nouvel-designed National Museum of Qatar. The opening—which was overseen by the Qatari Emir, Tamim bin Hamad Al Thani, and his sister, Sheikha al Mayassa bint Hamad bin Khalifa al Thani, the chair of Qatar Museums—saw a great gathering of heavyweight museum directors, star architects, and leading artists. Many took part in the Qatar Creates summit, a series of panel discussions emphasizing how the tiny gas- and oil-rich nation punches above its weight on the world art stage. Largely congratulatory, the talks yielded some insights and even a few surprises. Here are five key takeaways and talking points on and off stage.

Jeff Koons Could be a World Cup Contender

Who knew Jeff Koons was a soccer fan? Last week, the US artist enjoyed an exclusive hard-hat tour of one of the stadiums Qatar is building to host the 2022 FIFA World Cup. And he wasn’t alone: on the Instagram page of Paul Schimmel, the former MOCA Los Angeles curator (and briefly a partner at Hauser & Wirth), the two appeared together smiling in a warm embrace. (The post did not include where they met but the stadium that they were admiring looks like the Norman Foster-designed ground in Lusail City where the World Cup final will be played. With seven stadia nearing completion in and around Doha, it is hard to tell.)

So is Jeff Koons building a work for the arena? In the land of non-disclosure agreements, no one was willing to confirm or deny the possibility. But when it comes to public art, Qatar is already in a league of its own in the region, boasting large-scale sculptures by Richard Serra, Louise Bourgeois, Damien Hirst, and KAWS, among others.

During a panel discussion on the opening day of the National Museum of Qatar, Koons shared the stage with fellow artists Olafur Eliasson, Philippe Parreno, Doug Aitken, and the up-and-coming Qatari artist Ghada al Khater. Although artnet News asked each speaker whether he or she would jump at the chance to make a work for Qatar’s World Cup, moderator Tom Eccles chose not to toss the ball to Koons. (Eliasson, Parreno, and Aitken told us they had not received a call up to create a World Cup commission, but Koons’s studio, Eccles, Schimmel, and Qatar Museums did not respond to subsequent requests for clarification or confirmation.)

Still, Eliasson did reveal a novel idea to create a level playing field at the World Cup: why not drop the hyper nationalism of the event by having every team play entirely incognito? Expert judges could pick the World Cup winners based on footballing merit alone, he told the audience. “It would be an artwork about fairness,” the artist tells us. “To be honest, I think this would be a beautiful game but I might be alone in having this view,” he says. “I would of course be severing the strong ties of identification between the teams as their supporters.”

The Biggest Modern Art Museum in the World

Museums have long been in a space race—MoMA versus Tate Modern, the Hermitage versus the Louvre—but nowhere is the “more is better” ethos more obvious than in the Gulf. When it comes to financial competition, none of the aforementioned can compete with Qatar Museums’s acquisition budget, which at one point was reported to be a billion dollars—just for 2013.

Although constructing seven football stadiums in double-quick time has been the focus in the lead-up to 2022, a home for Qatar’s blue-chip Modern and contemporary art is on the horizon. In the National Museum of Qatar’s inaugural temporary exhibition, visitors can see models for Pritzker Prize-winning architect Alejandro Aravena’s proposal to convert huge flour silos and a still-functioning mill in the old port of Doha into the vast Art Mill, a future home for Qatar’s burgeoning but rarely revealed Modern and contemporary art collection. Measuring more than 800,000 square feet, the complex will be more than twice the size of Tate Modern, even including the Turbine Hall. And it would nearly double the footprint of Frank Gehry’s Guggenheim Abu Dhabi, the region’s rival behemoth, which is still on the drawing board. If built, that one would would measure “only” 450,000 square feet.

A Museum Director’s Job Is Not a Happy One

In the age of outrage, you would hope a few days in Qatar would be the equivalent of a luxury spa for an international museum director. But the Whitney Museum’s Adam Weinberg, who took part in the culture summit in Doha, is in the firing line. There is a new demonstration almost every week on his institution’s doorstep—and increasingly, in the lobby. Off stage, fellow museum directors in Qatar provided an informal support group and sympathetic ear, artnet News learned. Weinberg certainly found a receptive audience at the National Museum when he made an impassioned appeal for museums as “safe spaces for unsafe ideas.” Without naming any protest groups by name, Weinberg said: “We can fight, we can protest, and at the same time be respectful and understanding. That is a hard thing to do.”

The director of the Musée d’Orsay, Laurence des Cars, revealed that she woke up in Doha to learn of a brouhaha back home about a supposedly good-news story. She had to clarify exaggerated and inaccurate media reports that Manet’s Olympia had been temporarily “renamed” after the black model who posed as a maid for the French artist. The story had a happy ending: Des Cars announced that a version of the Musée d’Orsay’s groundbreaking exhibition “Black Models: From Géricault to Matisse” will travel to the French Caribbean island of Guadeloupe in the fall. She told artnet News that Olympia could might make a rare outing from her Paris home. The museum was researching suitable air transport for the famous painting of female empowerment, so Olympia‘s place on the Guadeloupe exhibition list was still to be confirmed.

From Russia With Love

The museum opening and cultural summit underscored how Qatar has learned to deploy soft power, unlike its bigger and more aggressive neighbor, Saudi Arabia, which is currently leading a blockade of Qatar. Perhaps for that reason, the Saudis chose Qatar’s big day last Wednesday to announce that it, too, was “open for culture,” although how many artists will jump on Crown Prince Mohammad bin Salman’s invitation remains to be seen. In the geopolitical game of cultural diplomacy, Qatar Museums is an increasingly powerful player, whereas the Crown Prince of Saudi Arabia seems to be one of the art world’s biggest off-stage villains.

Meanwhile, Qatar, because of its position, is able to borrow works from Russia that Adam Weinberg can only dream of showing until US-Russia relations improve drastically. (There have been no loans between the superpowers’ great art museums since 2011.)  The exhibition of Kazimir Malevich’s work at the Fire Station Museum in Doha, part of the Russia-Qatar Year of Culture (and the reciprocation of exhibitions presented by Qatar in Moscow last fall) would be a surefire blockbuster at MoMA, the Met, or any other major US museum.

All the works on show, including the artist’s death mask, come from the State Russian Museum in St Petersburg and star loans include a Red Square of 1915 through late works painted in a figurative style to appease Stalin in the early 1930s. (Malevich never never totally abandoned the square, sneaking one in as the side of a house, or peasants’ skirts in two late landscapes.)

The Hermitage’s longstanding director, Mikhail Piotrovsky, who spoke at the opening of the National Museum of Qatar alongside Weinberg, recently met MoMA’s Glenn Lowry in Dallas to find a way through the impasse. artnet News learned that Pitrovsky plans to be back in the US in the fall to maintain US-Russia cultural relations. Speaking in Qatar, the philanthropist Maja Hoffmann called for a “Cultural Davos.” Qatar, with its reputation as the Switzerland of the Middle East, seems an ideal place.