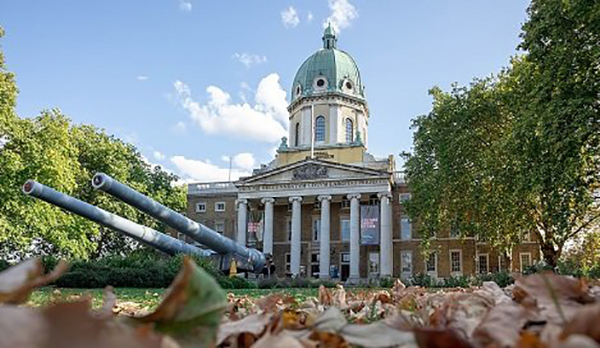 The museum group is thought to be the only British cultural institution participating in the month-long Stop Hate for Profit campaign.

Imperial War Museums (IWM) has joined an international movement to boycott Facebook and Instagram advertising to highlight the platforms’ role in spreading hate.

The Stop Hate for Profit campaign, which is running throughout July, has been backed by companies including Adidas, Diageo and Unilever. IWM is thought to be the only British cultural institution to have joined the movement.

Pete Austin, the museum group’s assistant director of communications and marketing, said IWM wanted to express a clear stance that would contribute to public debate.

“Stopping the unchecked spread of disinformation and hate is something that’s very close to the core values of IWM,” said Austin. “We took the opportunity to stand with this and take it within our remit”.

“We have new Holocaust and second world war galleries opening next year,” he added. “To be seen to advertise on a platform that has not done enough to stop the unchecked spread of hate and disinformation would not be something that aligns with what we believe in.”

“I think we do have to step up from time to time as a museum, and provide a bit of leadership in these debates,” said Austin. “Physically, we would be very proud to provide a place for debate to take place. I think that’s similar to what we’re doing virtually here.”

The decision to pause advertising from 1 July was made after discussion by IWM’s editorial board, which considers its stance on topical issues.

It has impacted the museum’s promotional work as it prepares to reopen on 1 August.

“This is the month when we would have been heavily promoting through paid social on Facebook and Instagram”, he says. “For us, this is bigger than that”.

Stop Hate for Profit is calling on Facebook to take immediate steps including establishing an infrastructure to review its products and policies for discrimination, submitting to regular independent audits, and removing groups on its platform who spread hate.