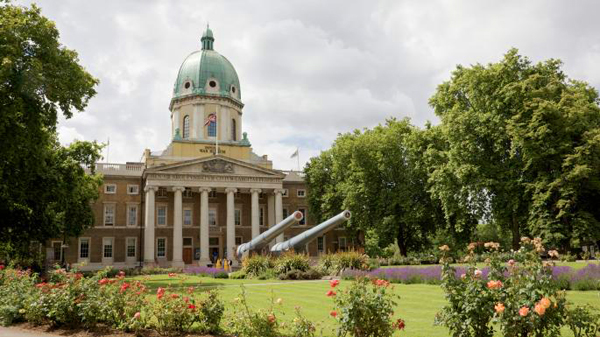 The Imperial War Museum could lose £100,000 from its members’ group.

A further fusillade has been fired in the increasingly acrimonious battle between Imperial War Museums and its membership organisation.

The internecine warfare has escalated with a warning from the Friends that the substantial funds it holds could go elsewhere if the museum carries out its threat to wind up the group.

One insider said that the charity’s constitution allowed it to donate the money — almost £100,000 raised largely from membership subscriptions — to a “similar organisation”.

The dispute arose after the museum proposed that the Friends charity, which has around 5,500 members paying for benefits including free access to all exhibitions, be merged into IWM. The proposal failed to secure a two-thirds majority at an extraordinary general meeting of the Friends.

Diane Lees, director-general of IWM, responded by saying that the Friends would lose all its rights and the museum body would launch a less “democratic” membership scheme. She wrote in a letter to the Friends’ ruling council that previous merger proposals were “null and void”.

The two staff employed by the Friends would not be offered jobs, she said. Ms Lees added that “the matter in hand is the dissolution of the charity and the handover of any residual assets to the museum”.

A cessation of hostilities is increasingly unlikely after the warning that mechanisms exist to ensure that the reserves, and the substantial data on members, are withheld from IWM.

One Friends member said that it was a “toys out of the pram” reaction from Ms Lees after the failure of her proposal. Ms Lees wrote that while she was disappointed she would respect the result. She said the vote had forced her to implement a new membership scheme.

For the past financial year the Friends gave a grant of about £60,000 to the museum, raised from subscriptions. There are also almost 700 life members who have paid about £500.

IWM said that its membership scheme would provide it with a “sustainable income stream” and that it remained committed to “working alongside FIWM in order to ensure a smooth transition”. It said that it valued the “long-term investment and commitment” by the organisation.

Other publicly funded museums with the same anxieties as IWM over future funding levels have also brought membership schemes in-house in recent years. IWM was set up a century ago as a national war museum to “record the events still taking place during the First World War” and has since collected and displayed material from conflicts around the world.

It operates five sites: its museum in London, IWM Duxford in Cambridgeshire, IWM North in Manchester, as well as the Churchill War Rooms and HMS Belfast, both in the capital.

Diane Lees became the first female director-general of the Imperial War Museum in 2008. Three years later a rebranding resulted in its five sites each being prefaced with IWM. The change provoked criticism for the perceived downgrading of the word “Imperial”.