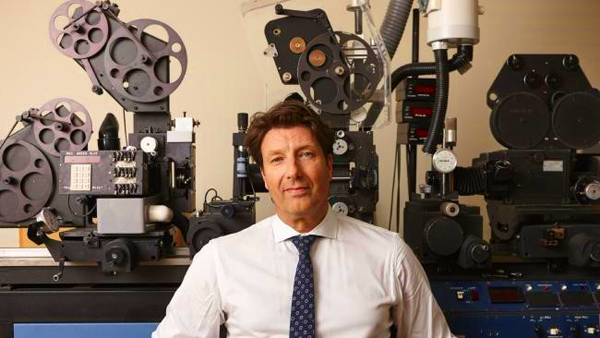 Jan Muller, the incoming director of the National Film and Sound Archive.

Matthew Westwood, Meet the keeper of our film and sound treasures, The Australian, 12 September 2017

The Netherlands Institute for Sound and Vision is one of the largest audiovisual archives in the world, with one million hours of digitised sound recordings, vintage television and historic newsreels. While it is headquartered in Hilversum, the birthplace and home of Dutch broadcasting, Sound and Vision also occupies a substantial footprint in cyberspace, with 25 petabytes of archived digital material.

And the collection is growing. As a repository of Dutch TV and radio, it regularly takes sample “weeks” of content for ­future research. And increasingly it grabs historically important ­material from the digital realm, such as a 2015 YouTube video made by a young Muslim man in Rotterdam who denounced the Islamist attacks on Charlie Hebdo.

“We archived it the very first moment that it was online,” Sound and Vision general director Jan Muller says.

“Obviously there was a reason for people to look at it and a reason for us to store it. Two days later it was not online any more but we had it, so you could easily access it through our collections.”

The collecting future of audiovisual material — whether nitrate film stock, streaming platforms such as Netflix or some as yet unknown technology — is of vital importance to institutions such as Sound and Vision and the National Film and Sound Archive in Canberra, where Muller recently was appointed chief executive.

Speaking in Canberra before starting at the NFSA full time next month, Muller says audiovisual archives are young compared with other institutions. Unlike art galleries or natural history museums, their collections go back no further than the invention of recorded sound and cinema, but they must be adaptable to new technologies to preserve existing collections and to make them available to the widest possible audience. Unlike the vast digital storehouse in The Netherlands, the NFSA has digitised only 8 per cent of its collection.

“Digitisation … is not only about preservation, of transforming analog into digital, but also what to do with it,” Muller says. “That’s a more important question, in terms of how to present it to the public.”

Muller is regarded as a world leader in media archives and digital culture. He is also chairman of the Europeana Foundation, an online collection of more than 50 million digitised items from museums, libraries and archives.

He arrives at the NFSA at a critical time. Budget cuts have forced the Canberra institution to close an exhibition of film memorabilia, meaning there is little for the visitor to see. Film industry veterans say it has become a diminished institution, having lost visibility with the public and standing with the government. Part of the reason, says film producer and editor Tony Buckley, is a succession of international chief executives who lack local knowledge and contacts. Muller is the third consecutive NFSA director from ­Europe, following Michael Loebenstein (from Austria) and Paolo Cherchi Usai (Italy).

Muller says Buckley emailed him soon after his appointment was announced. “Some people in the film industry were critical that I was another non-Australian CEO, which is understandable from their perspective. I only ask, give me some time … When I started in Hilversum, I came from the advertising industry. I knew what was interesting as a consumer of media, but I didn’t know what the collection was about. It’s a matter of learning and seeing what you can do with it … It’s a huge responsibility to take care of the audio­visual history of this country.” 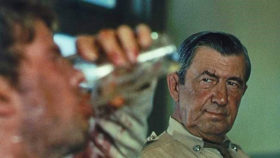 A gem from the archive, Wake in Fright (1971). Picture: Supplied

The ongoing digitisation of the NFSA collection will certainly be a preoccupation for Muller. In The Netherlands, Sound and Vision was part of the Network for Digital Heritage, which brought ­to­gether the digital collections of institutions including the Royal Library and the Rijksmuseum.

Eventually the collections will be accessible from one platform, and Muller will explore the possibilities of a networked archive among Australian institutions. He also is keen to develop ­relation­ships with other organisations to share the NFSA’s collections. Sound and Vision partnered with the Concertgebouw in Amsterdam and provided historic film footage for the concert hall’s 125th anniversary in 2013.

“There are ways to reach out and to connect with the public,” he says. “One of the first things I will do (at the NFSA) is see how we could bring our collection across in creative ways, or in ways that people don’t ­expect, or to places that are new. (There are ways) to bring your collection alive and bring it to the public.”

Apart from providing online access to digital collections, Muller says it is vital that the NFSA’s premises are fit for purpose. He’s not sure its art deco digs in Acton — in the former Australian Institute of Anatomy — are “answering to the needs and the standards of the digital era”. Museums are important even for digitised collections, he adds, because they provide historic context and a shared learning environment.

“When we digitised our content (at Sound and Vision) people said, ‘So now you can stop your museum because people can watch it online.’ They don’t. They don’t watch it or consume it in a way they would in a physical place … You want to interact with the material, you want to see it in ­another context. You want the museum to tell you what’s ­happening.”

Buckley and producer Sue Milliken have argued that the archive deserves a prominent place in Sydney. NFSA chairwoman ­Gab­rielle Trainor says that while it is principally an archive rather than a museum, she is looking at options that “could include a new physical footprint in Canberra”.

Trainor says Muller is an acknowledged leader in the field and will be supported by staff including collection general manager Meg Labrum. “We have a very senior team and wonderful curators,” Trainor says. “They have many years of experience and connections, and very deep knowledge of the collection and the sector. It’s like any management team: you build a team with all the relevant expertise and experience you need to create the whole. We regard securing Jan as a great coup for Australia and the NFSA.”

Muller, who will be moving to Canberra with his wife and two children, will get up to speed with Australian screen culture. He is certainly aware of one of the key historic items in the NFSA collection — Charles Tait’s The Story of the Kelly Gang(1906), regarded as the world’s first feature-length narrative film — because it was restored in The Netherlands. 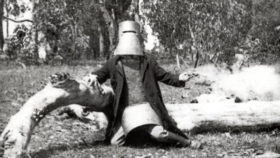 One of the key historic items in the NFSA collection — The Story of the Kelly Gang (1906). Picture: News Corp

He grew up with George Miller’s Mad Max, and since his appointment has familiarised himself with Ted Kotcheff’s outback psychodrama Wake in Fright, edited by Buckley.

“Audiovisual material is a rather new cultural heritage,” he says, “and what’s been available in the public domain is a rather small part of our collections. An interesting issue here, as a media archive in Australia, is to think about what would be the audiovisual heritage of the future. It’s not just film, it’s not just television.”