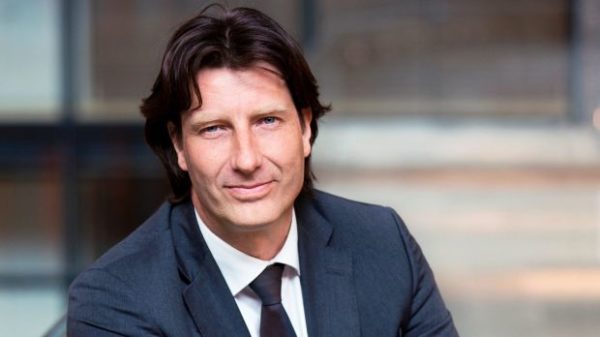 The boss of the Netherlands Institute for Sound and Vision and a former Saatchi & Saatchi advertising executive has been picked to lead Canberra’s National Film and Sound Archive.

Jan Müller, chair of the Europeana Foundation and a former president of the International Federation of Television Archives, was appointed by Arts Minister Mitch Fifield to the four-year appointment on this week.

A former president of the International Federation of Television Archives, Mr Müller was appointed by Arts Minister Mitch Fifield to the four-year appointment on Tuesday night. He replaces former chief executive Michael Loebenstein and will lead the Canberra-based archive’s ongoing investment in digitisation and modernisation.

Before becoming a recognised international cultural leader, Mr Müller had more than 20 years working in the advertising industry including as chief executive of Saatchi & Saatchi Amsterdam and as a member of the agency’s board in Europe.

He said he was impressed by the archive’s work and the standard of Australia’s cultural institutions during a visit in 2016. He will relocate to Canberra with his family for the role.

“For me, it’s always been one of the examples in the world of how an archive, how a public institution, dealing with digital cultural heritage should function. In that way, it’s great to be able to work with them.

“In the Netherlands, we’ve been in a transition from a media archive to a multimedia archive already. We’ve been focusing on the future of digital and these are the steps that NFSA is going to do as well,” he said.

“I must say I was very impressed by what they were doing, their focus on digitisation and innovation – many of the things we’ve done in the Netherlands over the recent years.”

The appointment cames on the same day archive board directors Toni Cody and Peter Rose were reappointed for new three year terms.

Mr Müller said he would focus on digitisation and innovation, bringing experience from the Dutch effort to digitise and preserve cultural artifacts including video games, websites and interactive documentaries.

“I love Canberra. It’s a beautiful city, it’s open, it’s green, it’s a bit like the Netherlands in terms of how green it is but not as flat of course.

“Australia is a beautiful country. The people are nice and friendly and from a business point of view there’s a focus on innovation which is what I like. It is a real focus of mine.”

“We are in transition from an archive whose visitation and use has been limited by our physical footprint and outreach effort, to a collection which also can be accessed for research, education and enjoyment by exponentially more people, from their devices, online,” she said.

“This requires re-invention of our physical presence and public engagement and a substantial ongoing investment in digitisation. Jan’s experience will be invaluable in leading us through this evolution.”