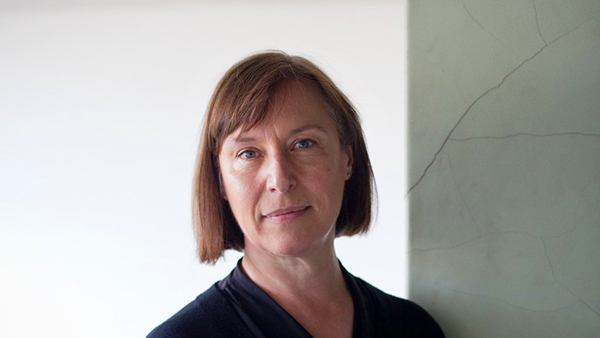 Janet Carding will be the new executive director of the Sydney Harbour Federation Trust.

The director of an Australian museum that apologised to Aboriginal people for the removal of remains and artefacts and initiated their return will be the new head of the Sydney Harbour Federation Trust in a Commonwealth government leadership overhaul.

Tasmanian Museum and Art Gallery director Janet Carding said she wanted to draw from the same approach of “listening and learning” from Indigenous Australians in helming the federal agency overseeing some of the harbour’s most stunning assets, including historic Cockatoo Island.

“We feel that was the beginning of a new way of working with the community, so that’s something that I’ve been immersed in for the time that I’ve been in Hobart,” Ms Carding said.

The Tasmanian Museum earlier this year apologised for its involvement, and that of its predecessor, in acquiring the remains of Aboriginal people for collection and trade, promoting false notions of extinction, and removing rock art from the island’s west coast, among other practices.

Metropolitan Local Aboriginal Land Council chief executive Nathan Moran said it was pleasing to hear the trust had engaged someone with Ms Carding’s background and experience, saying, “When people have already started working humanely and connecting with other communities, that transfers immediately.”

The recruitment of Ms Harding – who has three decades’ worth of experience in museums in Australia, Canada and her native Britain – as the new executive director comes at a transformative time for the trust, following the release of plans to turn Cockatoo Island into a major tourist drawcard. 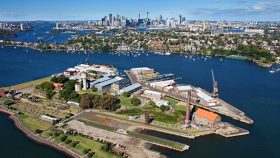 Cockatoo Island, which is managed by Sydney Harbour Federation Trust, will be turned into a major tourist drawcard.

Under the concept, the warehouses of the former penal establishment and shipyard would be turned into a creative precinct with space for performances, events and exhibitions, shops, bars and restaurants, and a central laneway. There are also plans for parklands, boardwalks and play areas.

Ms Carding, who first attended Cockatoo Island as a Sydney Biennale venue, said the island’s heritage could be protected while using it to tell stories of how Sydney came to be.

“I’d like Cockatoo Island to be a place that every Sydneysider remembers when they were last there and is telling their friends, ‘I think we should go,’ and I think we’ve probably got a bit of work to do in that space,” she said.

“I think there’s a real sense that we need to make sure that everybody really is aware of the history and really celebrating and cherishing Cockatoo for what it provides to the city.” 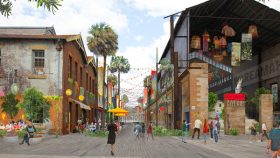 An artist’s impression of the new plan for the island.

Battlefield historian and Hyde Park Anzac Memorial curator Brad Manera is a new appointee to the board along with Carolyn McNally, one of the independent reviewers of the trust whose work preceded a legislative push to cap commercial leases on the land to 35 years, effectively keeping it out of private hands.

While the 2020 review recommended against long-term leasing plans, it said leases longer than 35 years should remain possible subject to a series of conditions. This prompted the community-run Headland Preservation Group to campaign against such a scenario being allowed to take place.

Ms Carding said she was aware of the sensitivity of dealing with such adored pieces of land.“I think it’s a good place to start. It’s a good place to have an engaged community, but I’d like to work with the community to understand how we can actually make sure that these spaces both thrive and are better for their heritage,” she said.

“It is a significant point in time for the trust board, as it moves to incorporate recommendations of the landmark trust review and recent amendments to the legislation that secured public ownership of trust sites,” she said.