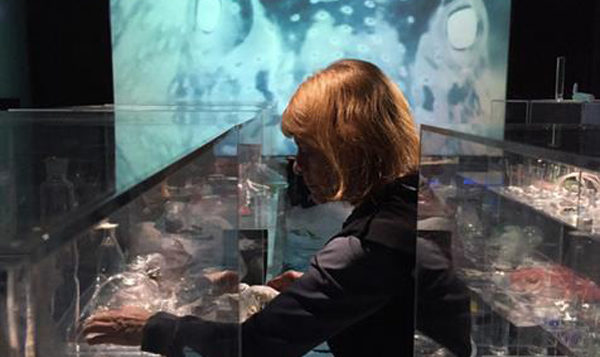 Janet Laurence is a Sydney-based artist who is driven by global concerns. Image: ArtsHub.

Janet Laurence is a Sydney-based artist who is driven by global concerns. Last year she represented Australian at Artists 4 Paris Climate 2015 Exhibition, with the major installation Deep Breathing: Resuscitation for the Reef.

That installation has recently returned from the Muséum National D’Historie Naturelle in Paris, and is currently on show at the Australian Museum in Sydney – an institution with which Laurence has a long association, this work having been developed on a residence at the Museum’s research site on Lizard Island on the Great Barrier Reef.

We caught up with Laurence to talk about chaos, creativity and climate change, and what it means to keep balance in the work when dealing with environmentally sensitive subjects.

Dominik Mersch said of Laurence’s survey exhibition, Naturestruck: ‘She sees her role as an artist not as one of didacticism or activism, but as an interpreter of the natural world and the devastation it is facing in the Anthropocene – our current epoch of human-induced environmental change.’