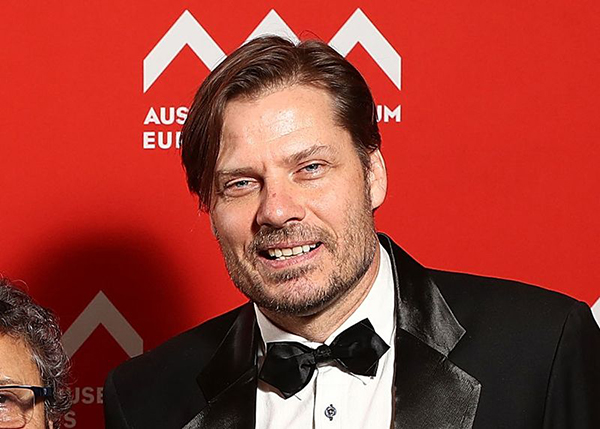 Alan Cooper was dismissed as the leader of a prestigious genomics centre, following an investigation.

The University of Adelaide has fired Alan Cooper, the high-profile leader of its Australian Centre for Ancient DNA, for “serious misconduct”. His dismissal follows allegations that Cooper bullied staff and students, and an investigation into the ‘culture’ of the centre.

Cooper is a major figure in the field of ancient DNA, and has charted the migrations of prehistoric people and their domestic animals around the globe.

In a statement, the university said it would not comment on the circumstances that led to Cooper’s dismissal, but said that the move did not relate to the quality or integrity of his research or any other research conducted with the centre.

“The university takes seriously its commitment to the welfare of students and staff,” it also said.

In response to his dismissal, Cooper told Nature that he rejects the allegation that he was a bully. “I work at the highest international levels, and want my students and staff to do the same. I’ve occasionally been too blunt in my language and actions, and regret this — but it was never bullying,” he says. Cooper says that he was never warned about his conduct before action was taken against him, and he was never asked to attend management courses.

The university suspended Cooper in August, following the investigation. At the time, it said it had engaged an external firm to look into the “culture” of the Australian Centre for Ancient DNA, but didn’t elaborate further. The university did not say that Cooper was the focus of the probe, or comment on why he was suspended. The results of the investigation have not been made public.

But some former and current students of Cooper’s say that although his lab was exciting scientifically, it was also a toxic work environment.

Former student Nic Rawlence says he was bullied, and that he developed stress-induced health issues while at the centre. Rawlence, who is now a palaeogeneticist at the University of Otago in Dunedin, New Zealand, says Cooper’s dismissal is a relief, but he thinks that the university should have acted on students’ complaints when they started, several years ago. He says the centre is a world-class research institute and he thinks it will maintain this status even in Cooper’s absence.

Cooper rejects Rawlence’s account on the basis that Rawlence remained at the centre for postdoctoral work after completing his PhD there, and that one of his honours students now studies at the centre.

Rawlence says he decided to stay at the centre because he thought the bullying would stop as he no longer directly reported to Cooper.

The university has named ancient DNA researcher Jeremy Austin as the centre’s new director. Austin has been the centre’s deputy director since it was established in 2005, and he says Cooper’s departure will leave “a very large void”. “To run a large, highly successful group of researchers with lots of external funding and connections with high-profile international collaborators, you need a big-thinking, risk-taking head, and that was definitely Alan,” he says. “I’m definitely not that person,” he adds.

Austin says that he wishes Cooper had retained his position under strict supervision and management conditions, given the outstanding quality of his science. He hopes that Cooper will be able to continue to contribute to research, “which is what he does really well”.

Austin adds that he is disappointed in the university. He says it failed in its duty of care to students and staff members who were unhappy, and also to Cooper, because he wasn’t given warning that his behaviour was problematic before his suspension.

The university declined to comment on whether Cooper had been warned about his behaviour before his suspension.