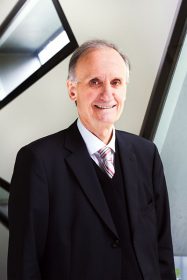 The director of the Jewish Museum Berlin stepped down on Friday after raising hackles among members of the Jewish community with a retweet that appeared to question the German parliament’s condemnation of groups that favour boycotts and sanctions against Israel.

Peter Schäfer, who has served as director since 2014 and whose contract was extended for a year in April, has come under intensifying fire for taking what critics say is an overly political position for his role as head of a cultural institution funded by the German government. He offered his resignation to Culture Minister Monika Grütters “to avoid further damaging the Jewish Museum Berlin,” according to a statement sent by the museum.

The museum’s official account on 6 June retweeted a report from the left-leaning Berlin newspaper, Tageszeitung, which described a letter signed by 240 Israeli and Jewish scholars who rejected a motion condemning BDS as an anti-Semitic movement adopted by the German lower house of parliament.

BDS, which stands for Boycott, Divestment, Sanctions, aims to use economic pressure on Israel to defend Palestinian interests in the Middle East. The museum used the hashtag #mustread in its retweet and added a quote from the letter: “Parliament’s decision doesn’t assist the fight against anti-Semitism”—without using quotation marks. The museum later defended its retweet, saying it was intended to provoke discussion rather than reflect a political stance.

But it was the final straw for Josef Schuster, the president of Germany’s Central Council of Jews. Last year, the Jewish Museum Berlin came under fire from the Israeli government for its exhibition Welcome to Jerusalem, which it accused of presenting a pro-Palestinian and Muslim narrative. Schäfer was also criticised for inviting Iran’s top culture official to the museum, a decision he later conceded in an interview with Spiegelmagazine was “stupid.”

“Enough is enough,” Schuster tweeted on 11 June. “The Jewish Museum Berlin seems to have spun completely out of control. Under these circumstances, we have to consider whether the term ‘Jewish’ is still appropriate. The museum leadership has lost the trust of the Jewish community.”

The museum’s executive director, Martin Michaelis, will take over from Schäfer with immediate effect. Grütters, who is the president of the foundation that oversees the museum, said she respects Schäfer’s decision and a search committee will seek a new director.

Located in a spectacular building designed by Daniel Libeskind, the Jewish Museum Berlin has become a city landmark since opening in 2001. It is structured as a foundation directly under the control of the federal government, which provides three-quarters of its funding. Future projects include a new permanent exhibition and a children’s museum modelled on Noah’s Ark to open across the road from the existing building later this year.