You are here: Home » Articles filed under: 'News' » Article: 'Museums and diversity in management'

Museums and diversity in management 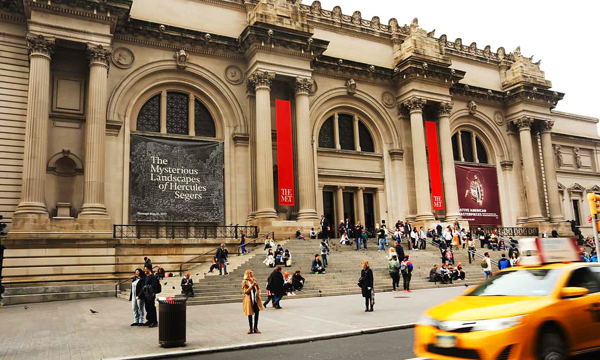 Nadja Sayej, The art of diversity: how power is shifting at the top of US museums, The Guardian, 8 May 2018

Last month, former NASA scientist Ellen Stofan walked into the National Air and Space Museum in Washington and unlocked the door to the director’s office – which, for the first time, was her own. It was a breakthrough moment, as the museum has always had a male director since it first opened in 1976, until now.

Stofan isn’t alone in her directorship. It seems a flurry of new hires are putting women in the power seat. Carrie Rebora Barratt is the New York Botanical Garden’s new president and CEO, just as Saharah Moon Chapotin has been appointed the new director of the United States Botanic Garden in Washington. Saisha Grayson is also the new time-based media curator at the Smithsonian American Art Museum.

“We have benefited from the tidal wave of post-Weinstein issues to look at the museum world’s sexual harassment in the workplace and gender inequality,” said Joan H Baldwin, co-author of a book called Women in the Museum: Lessons from the Workplace. “It’s a time to celebrate the change of leadership in many museums across the country, who have chosen women.”

Could museums be getting a more diverse board of directors to appoint these women? It appears so. The Hammer Museum announced this week the appointment of Njideka Akunyili Crosby and Rafa Esparza to their artist council, which liaises with its curators on “programming issues” to “challenge and enhance the Hammer’s standing as an intellectual and cultural laboratory of ideas,” said the Hammer’s director, Ann Philbin.

It’s a stark change of direction from the recent appointment of the Metropolitan Museum of Art’s 10th male director in a row, just as the country’s top institutions are led by white male directors, including the Getty, the Art Institute of Chicago, the Frick Collection and the National Gallery of Art. And according to a 2018 report from the Gender Equity in Museums Movement, the country’s government-funded state museums are currently led by 30 male leaders versus 14 female directors.

However, not every female appointment is necessarily a triumph, as the Brooklyn Museum’s recent hire of white Princeton graduate Kristen Windmuller-Luna to curate its African art department sparked protests by an activist group called Decolonize This Place.

The Brooklyn Museum’s director Anne Pasternak responded in a statement:“Please know that every day the Brooklyn Museum is working to advance these efforts and its longstanding and widely recognized commitment to equity in all its forms, including race, class, gender, and sexual orientation,” she wrote.

The conversation continues in a recent New York Times op-ed column written by Olga Viso, a curator and museum consultant who urges museums to “stop seeing activists as antagonists”. Viso explains that museums “must position themselves as learning communities, not impenetrable centers of self-validating authority”.

Is it a trickle-down effect? According to Laura Lott, the CEO of the American Alliance of Museums, a recent survey on museum board leadership proved that 93% are Caucasian, 38% are male and the average age is 55.

“Sadly, the survey also found that only 10% of directors indicate that their boards have developed a plan of action to become more inclusive,” said Lott.

“There are no easy fixes or answers and it’s impossible to change 100 years’ worth of history overnight,” she said. “We need to take a look in the mirror and then look at the communities we are trying to serve and ask: ‘Is there a resemblance or are the two completely different?’”

There is still work to do, however, as the gender pay gap in the museum has women being paid 20% less than their male counterparts (if a male museum director makes $50,000 a year, a woman with the same job would make only $40,000).

“Women in museums don’t even realize they’re getting 20% less,” said Anne Ackerson, a member of the Gender Equity in Museums Movement. “The larger the budget of an institution, men are often found in the leadership position, but with non-profit institutions, they are often led by women.”

Money doesn’t matter to some museum directors, apparently, as low-pay could be a sign of privilege. “One of the reasons why museum directors have been white is because the salaries are terrible,” said Baldwin. “Who does that let in the door? Traditionally white women with spouses who make a better than decent living, which allows them to make a crummy salary, or women with trust funds.”

Since the hiring of a museum director comes from its board of directors, Baldwin has seen that they tend to mirror themselves. “Boards are often white men who work in finance and hire people who look and act like themselves,” she said. “The board gives a sense of what the museum wants to be, and if you just want a person of color to pose in the picture so you look good, you’re not really changing the values of the organization.”

The lack of diversity could come from the price of education, says Taína Caragol, curator of Latino art and history at the National Portrait Gallery. “The museum world has very few people of color in the US and one of the reasons is because the cost of higher education in this country,” she said. “If universities were more accessible we could create a more diverse pipeline.”

Caragol says it goes beyond gender. “Every institution benefits from having a diverse staff, by diverse I mean generationally, in gender and ethnic background,” she adds.

Kim Sajet, the first female director of the National Portrait Gallery, started her job in 2013, when the museum’s board of directors were 70% men.

“The more diverse a board of directors is, the more chances they’ll give other people,” she adds. “It’s more welcoming, the boards and committees are key.”

But moneyed board members and fundraising contacts isn’t necessarily the focus to Sajet. “Of course, we’re always trying to raise money but people don’t give to something they don’t believe in,” she said. “The money will come afterwards, its more about how you’re making a difference.”

This article has been amended on 7 May. It originally misattributed a quote to Anne Pasternak which has now been changed.