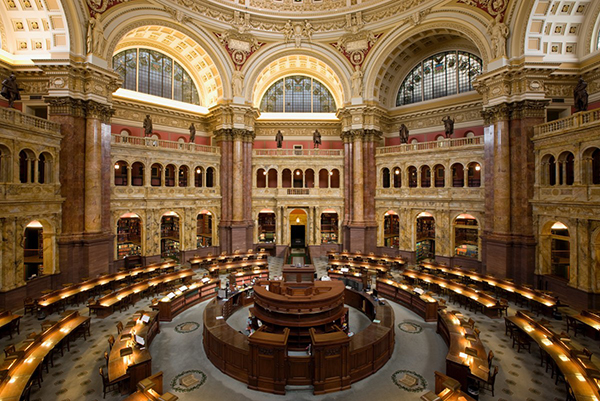 There are many structural inequalities baked into the Library of Congress classification system, contributing to the further marginalization of already marginalized groups.

OXFORD, England — On November 12, 2021, the Policy and Standards Division of the Library of Congress announced that the subject headings “aliens” and “illegal aliens” would be replaced with the new headings “noncitizens” and “illegal immigration.” Library of Congress subject headings are assigned to library resources to help users access items on similar subjects, but, as this example demonstrates, they are not always entirely neutral and can even be dehumanizing. The Library of Congress’s decision to change these two headings comes as the culmination of a long battle fought by librarians who believe that the systems which govern library materials must also deliver social justice. While this change may represent some movement in what is an inherently conservative system and institution, the term “illegal” here is itself not without its problems and some would have preferred use of the term “unauthorized.”

I have only recently entered the world of subject headings and other, sometimes bewildering, standards for library metadata. I now work as a cataloguer, focusing on material in Arabic and Persian, in one of the United Kingdom’s most prestigious libraries. While my experience of library information management systems might still be limited, it did not take me long to spot the deficiencies and biases within these systems. I was, unfortunately, not surprised to find that like many of the other institutions which preserve and provide knowledge, the library is far from apolitical. When I wrote a Twitter thread expressing my outrage and frustration at this status quo, it received much more interest than I expected.

While the Library of Congress holds the position of the research library for the United States Congress, it also has a much larger role internationally: as a provider of standards for the description and cataloguing of library materials. These standards include the subject headings referred to already, but they also include a classification system which helps libraries to arrange their collections according to subject. Of course, any kind of classification is a potentially political act. Systems of knowledge organization are always going to bear the political, cultural, racial, gender and class prejudices of the institution and the wider socio-political contexts which cultivate them. The corner of the library that I deal with — works in Arabic and Persian — is no exception from being a victim to such biases.

One of the first examples that struck me was the way that ethnographic studies of Afghanistan are classified. Works on “Pushtuns” can be classified under the shelfmark DS354.58. “Other elements in the population” in Afghanistan, however, are classified under the separate shelfmark DS354.6: “Tajiks,” for example, as DS354.6.T35; while “Hazāras” come under DS354.6.H3. These shelfmarks implicitly create a hierarchy of the knowledge associated with these peoples and, therefore, by extension, of the peoples themselves. This is just one example of the many structural inequalities which are baked into the LC classification system, contributing to the further marginalization of already marginalized groups. Painfully relevant here is the continued persecution of the Hazara people by the Pashtun-majority Taliban.

Unsurprisingly, the classification around the history of Palestine is no exception. The classifications from shelfmark DS101 onwards pertain to the history of “Israel (Palestine). The Jews.” More specifically, historic events are often presented from an explicitly Israeli point of view. The shelfmark relating to the events of 1948 are referred to only with an allusion to the termination of the British Mandate and the declaration of the independence of the Israeli state through the heading “Republic, 1948-.” The 1967 and 1973 Arab-Israeli wars are referred to merely as the “Arab War, 1967/1973,” simultaneously positioning the classification from an Israeli point of view and removing the role of Israel in the conflict from the classification.

As I pointed out in my original thread, one of the most harmful examples of social injustice I have encountered so far is found among the shelfmarks for Arabic literature (itself under the general heading of “Oriental philology and literature”). Within a section of the classification system for the history and criticism of Arabic literature, a group of shelfmarks allow for classification of works by certain groups of authors. These include “Bedouin authors,” “Christian authors,” “Druze authors,” and, again dehumanizingly, “Blacks.”

These are fine-grained examples, but the broader ways in which the history of Islamic cultures is approached in the classification system are equally problematic. In general, shelfmarks correspond to dynastic periods. This approach to history can be particularly damaging when applied to the region commonly referred to as the “Middle East,” since it has long been viewed as a region riven by a series of dynasties punctuated by battles. Within institutions that teach “Islamic” history, there has recently been a movement away from teaching the history of the region as one long series of the rise and fall of dynasties. Equally problematic, Afghan history is largely encompassed by the heading “military history.”

The removal of the dehumanizing headings “aliens” and “illegal aliens” by the Library of Congress is a small sign of movement. However, the examples I have given here are by no means exhaustive — they are merely the tip of the iceberg. It is important for me to note that I am, of course, far from being the first person to draw attention to this problem. Librarians the world over, but particularly in the US, have been pushing for change within the Library of Congress for decades. There are movements, such as Critlib (“critical librarianship”) which are dedicated to bringing social justice principles into libraries or cataloguing practice. If the Library of Congress wants to adhere to these same principles, it needs to radically overhaul its system of classification. In the meantime, library employees and users alike need to be aware of the inherent injustices of this system. The library is not neutral.