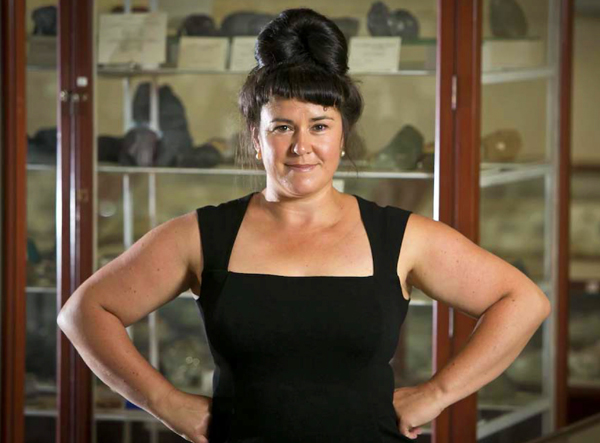 Goldfields-Esperance Development Commission chairwoman Kate Fielding says she is in no rush to leave the role after securing a new position leading a $1.65 million project to provide an independent voice for the arts and culture industry at the national level.

The Goldfields-based cultural strategist has been appointed program director for A New Approach, a three-year initiative set-up by the Myer Foundation, Tim Fairfax Family Foundation and Keir Foundation.

Ms Fielding will start in the job in Kalgoorlie-Boulder on January 15, but will move to Canberra later in the year.

“One of the really great things with this role is that obviously I’m commencing in Kalgoorlie-Boulder, so there is not an immediate change to the GEDC role,” she said.

“Further down the track, yes, we will need to have a look at succession planning, and that’s something I’ll be talking about with the board and the minister over the next few months.”

Ms Fielding took the chair in September last year, after Tony Crook resigned to contest the seat of Kalgoorlie in the 2017 State Election.

Her new role is another feather in Ms Fielding’s cap, who was named a 40 Under 40 business award winner this year and was last year appointed to the board of the Australia Council, the official body that advises the Federal Government on arts funding.

Ms Fielding studied in Victoria, but has spent the past decade in a range of communities, including Yogyakarta in Indonesia, Warburton in the remote Ngaanyatjarra Lands and Kalgoorlie-Boulder.

She said her time in Kalgoorlie had already provided a platform to show the important social and economic role the arts play in Australia, a key focus of A New Approach.

“I think people are often pleasantly surprised when they find out I live in Kalgoorlie-Boulder and I am so clear that arts and culture play an important part in all of our communities,” she said.

“Obviously Kalgoorlie-Boulder is not always a place that people associate with arts and culture and I’ve been doing my best to try to change that perception.”

Ms Fielding will work with the Australian Academy of the Humanities and public relations firm Newgate Communications to develop the initiative.