You are here: Home » Articles filed under: 'News' » Article: 'Keeping their Marbles' 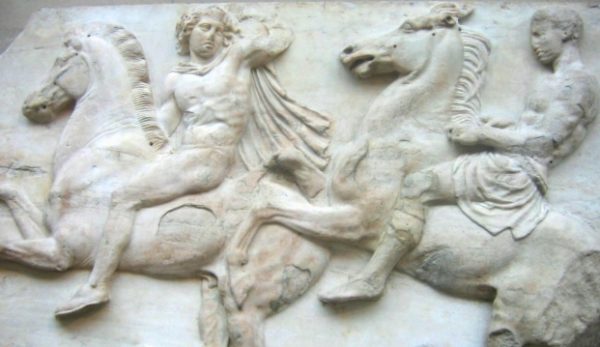 Tom Slater Museums are not agents of the elite, Spiked Review, March 2016

In the 19th century there was a belief in cultural expertise and cultural authority, but also a belief in people, that they could uplift themselves from their day-to-day lives and be transformed by an understanding of other times and places. That, says author Tiffany Jenkins, is the foundation of the modern museum. And it is this enlightened spirit, this belief in the possibility of transcendence, that she feels is in peril today.

Her new book, Keeping Their Marbles, is an elegant and passionate study of the rise of the great museums, and their recent lapse into self-dismemberment. ‘I’ve always loved museums’, she tells me, ‘but recently I noticed they were doing some really odd things. They were sending back objects and human remains to communities. And they were intensely passionate about that.’ It is this unravelling of museums’ faith in themselves that spurred her to explore how artefacts from around the world came to find themselves in Western museums, and to explain why she feels these artefacts should stay put.

At the centre of her study is the Elgin Marbles – the Ancient Greek sculptures that were packed off to the British Museum in the early 19th century. Over the past 20 years, the clamour for repatriating the Marbles has been growing. The Greeks have no legal claim; the sculptures were taken before modern-day Greece existed. And the British could even be credited with saving them from neglect and destruction: Lord Elgin arrived in Athens during Ottoman occupation, when the Parthenon was being used as a quarry and the ‘old ruins’ were being ground down for mortar. But now, Jenkins notes, the arguments for returning the sculptures have become focused on national pride and self-esteem. As one Greek minister put it, the Marbles are ‘something unique, something matchless, something specific to our identity’.

Jenkins is having none of this. It reeks, she says, of a ‘hoarder mentality’ and a particularism that suggests culture can only be owned, and perhaps only appreciated, by the descendants of the people who made it. ‘Culture is never autonomous’, she tells me. ‘It may come from a particular place, or a particular person, at a particular time. And often you can see that in the object. But it is formed in a relationship with others.’ There is a dubious, racialised undertone, she suggests, to the insistence that a nation can somehow own its own culture.