You are here: Home » Articles filed under: 'News' » Article: 'Kim McKay leads AM in new direction' 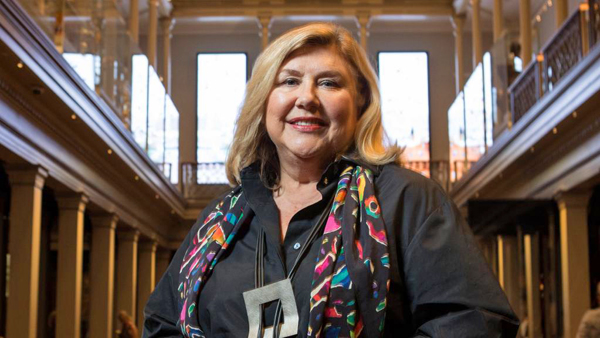 Of the 18 million objects in the Australian Museum there’s one that stands out for director Kim McKay. It’s a very rare and very beautiful natural wonder called crocoite that was discovered in a Tasmanian mine. Made up of bright orange crystals, it sparkles under lights in the museum’s Long Gallery and continuously captures her eye.

“It’s so delicate and you just think how was that ever made in the ground,” McKay said.

“It epitomises how spectacular nature can be.” 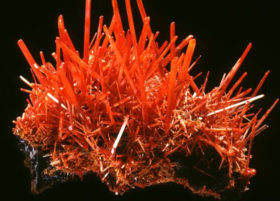 McKay, who proudly lists Mosman as home, has devoted much of her career to the natural world.

She co-founded the Clean Up Australia movement, worked for National Geographic and was awarded an AO for her dedication to the environment.

In 2014 she took a huge step in her career when she was handed the reins of the Australian Museum.

She was the first woman and non-scientist to take on the prestigious director role and has worked tirelessly to show off the wonders of nature within the sandstone buildings.

Under her watch the museum has embarked on an ambitious multi-million transformation project and the galleries been reworked from top to bottom. She was given the remit to give the museum a new purpose in the modern day and her first move was symbolic.

The entrance was moved to William St and she commissioned the Crystal Hall to give visitors that grand feeling. This liberated the former entrance and the historic gallery there now houses the Wild Planet collection, including the famous sperm whale skeleton.

She then created two new First Australian galleries, a new Pacific gallery, moved the cafe to the rooftop and updated the historic Long Gallery. This is where the crocoite rests among the museum’s current 200 Treasures exhibition.

“Pretty much the whole museum is transformed,” she said.

“My goal is to leave the legacy of setting the museum up for the next 100 years of existence. And to make sure Sydney has a world class natural history and culture museum.”

On the day the Mosman Daily visited the museum was buzzing with visitors. The sound of school kids bounced through the hallways as they came face-to-face with wonders from around the world. Visitor numbers have risen since McKay took over and the recently opened Mammoths exhibition is the latest attraction to gather interest.