You are here: Home » Articles filed under: 'News' » Article: 'Kiwis at Gallipoli' 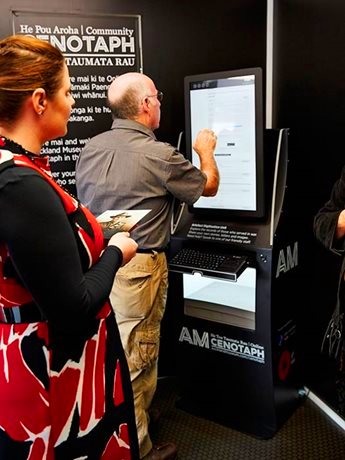 A combined New Zealand-US project is underway to analyse the service records of all our soldiers who served in World War I.

It should finally answer some long-standing questions, including how many Kiwis actually served at Gallipoli.

Deep within the library of the Auckland War Memorial Museum, a digital revolution is taking place over 100 years in the making.

The museum’s Online Cenotaph has embarked on the daunting task of collecting the service records of New Zealanders from all wars and conflicts, and its coordinator, Victoria Passau, says it’s extensive.

“It’s a pretty massive undertaking,” she says. “We have about 140,000 records in there at the moment, and they date from the New Zealand wars up until Afghanistan in the 2000s, and about 110,000 of those are from the First World War.”

But Ms Passau and the small team are now getting some much needed help from more than 13,000 kilometres away at the University of Minnesota. He’s a professor of population studies by the name of Evan Roberts.

“We started out, a group of university researchers, and we were interested in measuring the ANZACs and looking at the long-term changes in health in New Zealand. And if you want to look at health in the long haul, there’s not a lot of sources; prison and military records are kind of your only thing.”

The Measuring the Anzacs project relies on citizen transcribers to do the bulk of the work -ordinary Kiwis who have become their own army of digital historians.