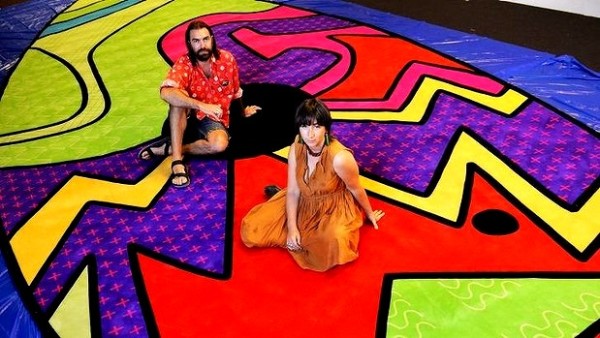 We might call it Victoria today, but just before Europeans arrived, this triangular chunk of land was a place with many names for the Kulin nation people, who lived here in five main groupings, using many languages.

After colonisation, the white newcomers were astonished – even disbelieving – when they found out about oral histories that told of how ancestors of the Kulin people had witnessed volcanic eruptions on this land. It took a long time – and corroboration from geologists and archaeologists – for them to take those oral histories seriously.

Geological time might seem vast and awe-inspiring, but so too are Indigenous histories.

The most recent volcanic activity in Victoria is believed to have been about 5000 years ago, the last rumbling in volcanic upheavals that had been shaping the local lands for about 5 million years. The evidence remains in craters, strewn boulders, crater lakes and lava flows, especially throughout western Victoria – but it is the oral histories about that time that can be even more impressive.

One story told by the Dja Dja Wurrung people relates how two volcanoes, Tarrengower (big, heavy but wise) and Lalgambook​ (young, loud and cheeky) got into a biff. The older one began to grumble and build up anger when challenged by the younger, but – being wiser – he then chose to ignore cheeky Tarrengower (an extinct volcano near Maldon).

Thus treated, the younger mountain put on a threatening display – smoke, ash, brimstone. Rocks were thrown, things boiled over and Lalgambook (otherwise known as Mount Franklin) blew his fiery core all over the place while the more restrained Tarrengower continued to just grumble.

According to Dja Dja Wurrung man Justice Nelson, telling this history in Nyernila: Aboriginal Creation Stories of Victoria, all the rocks thrown by Lalgambook at Tarrengower can still be seen today. They form the Guildford Plateau, where the Jaara people would perform ceremonies on the Bora grounds also known as Yapene.

Other such stories about Victoria’s volcanic past can be found across the state, told by various clans and language groups, so when artists Steaphan Paton and Megan Cope began working on a new project for Museum Victoria, they were determined to make it appeal to a broad cross-section of Indigenous and non-Indigenous people.

Called Transcendence, their installation imagines the Birrarung (Yarra) catchment from mouth to source, from salt to fresh waters. And in the space between land and sky, there is another dimension that Paton and Cope like to inhabit: there, we can be from anywhere, any culture, and still find an environment rich with spirit and references to this land’s ancient geological and mythic past.

About two years ago, the artists were asked to create the museum installation for the Koorie Artwork Commission, near the main entrance and close to the interior entry to the Bunjilaka Aboriginal Cultural Centre. Paton and Cope, who had collaborated before, began to trace threads through their own personal cultural heritage but also through a more collective experience.