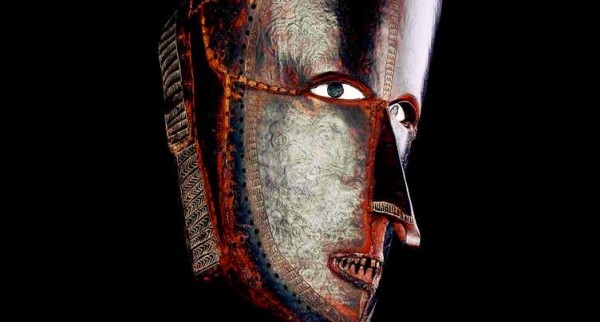 Turtle-shell mask from Mer, in the Torres Strait, is part of the exhibition, Indigenous Australia: Enduring Civilisation, showing at the British Museum until early August. Photo: British Museum.

Three months after opening an exhibition of treasured items from Aboriginal and Torres Strait Islander communities, it is clear just how thoroughly London’s British Museum has anticipated the potential anger and emotion of Indigenous Australians.

There’s nothing quite like a controversy to market a cultural experience, of course. And since well before Indigenous Australia: Enduring Civilisation opened in April at the museum – a repository of colonial loot and treasure from a once mighty empire – this exhibition has been mired in it.

The exhibition has sharpened focus on the very existence of the museum’s collection of some 6,000 Australian Indigenous items (only 1% of which is ever usually displayed) and the sometimes violent means of their acquisition. While some were traded with missionaries, explorers, British military personnel and others, a significant number were stolen amid acts of extreme violence that resulted in the eventual deaths of tens of thousands of the original inhabitants after the first European contact and subsequent invasion in 1788.

Some Australian communities want – indeed, have demanded – their possessions be repatriated from the museum. Others, having participated in what the BM and the National Museum of Australia insist was an exhaustive consultation process, have endorsed the inclusion of their peoples’ artifacts in the BM show and in another linked exhibition Encounters (featuring the loan from London of many of the same items) due to open at the Australian museum later this year.

Activists have twice disrupted the British exhibition, most recently on Sunday, when the UK-based theatrical protest group BP or Not BP? protested over the sponsorship of Indigenous Australia: Enduring Civilisation by BP. The demonstrators insist that the multinational fuel producer’s treatment of Indigenous communities in various parts of the world and its environmental record render it a highly inappropriate sponsor for an exhibition featuring Aboriginal and Torres Strait Islander artifacts.

The protest group points to the opposition of local custodians to BP’s imminent plan to drill for oil in the Great Australian Bight, and to the company’s previous and extant tensions with Indigenous peoples in Canada, West Papua and Colombia. The United Kingdom-registered BP International is a major corporate investor in British arts and culture amid recent partnerships worth some £10 million (A$21m) with the museum, the National Portrait Gallery, the Royal Opera House and Tate Britain.

Tony Birch – a Miles Franklin shortlisted novelist and academic historian – is among the prominent Australian Aboriginal activists opposed to the Indigenous Australia: Enduring Civilisation exhibition. These Aboriginal and Torres Strait Islander activists want the museum to return artifacts to Australian custodians where such requests have been made.