You are here: Home » Articles filed under: 'News' » Article: 'Learning salsa as important as maths'

Learning salsa as important as maths 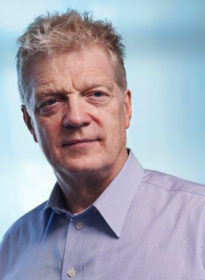 Learning salsa is as important as mastering calculus, a leading international education expert says. Sir Ken Robinson knows his views are provocative but says there’s plenty of evidence to back them up.

“Dance is just as important as mathematics in schools,” he said.

“Some people, they start to hemorrhage at that point. It’s too much…Someone tweeted at me and said ‘so are you are saying salsa is as important as calculus?’… as it turns out, yes, it is.”

The best-selling author and University of Warwick emeritus professor took his campaign for a radical rethink of education to Melbourne last week, where he spoke at the National FutureSchools Conferences and Expo. He also met bureaucrats from the Victorian Department of Education.

Sir Ken, who was knighted by Queen Elizabeth II for his service to the arts, argues that dance improves students’ relationships, memory, concentration and classroom behaviour.

“The case is very strong. It is strong from every point of view and often the people who criticise it know nothing about dance.”

The education leader – who has advised governments around the world – believes schools are stifling creativity, and failing to prepare young people for the real world.

He has hit out at testing regimes which “are literally driving parents up the wall”, schools’ focus on compliance rather than creativity and the privileging of some disciplines over others.

This last point is something NSW Education Minister Rob Stokes recently lamented, saying the push to promote STEM subjects such as science and maths above other disciplines was an act of “intellectual snobbery”.

Sir Ken believes the current education system is too focused on a narrow concept of intelligence.  This system, he argues, is not conducive to helping kids learn, particularly those who don’t fit in.

While Sir Ken fit into the mainstream education system, his daughter Kate didn’t.

She left school at 16 and now works as a consultant in creativity and innovation in education.

“Plan A is that you work with the school to get the education that you mutually agree is the best for your child,” he said.

“But there is a plan B, and that is that you can get out of it. A small but significant number of people are homeschooling, there are a lot of resources online, unschooling has become a thing, there are alternative schools that can be explored.”

According to Sir Ken, dropping out of school is not always the worst outcome.

His push for unconventional types of education has clearly struck a chord.

Sir Ken’s 2006 TED talk Do Schools Kill Creativity has been viewed more than 50 million times, making it the most popular TED talk of all time.

“That’s not Miley Cyrus numbers, but then again I don’t twerk…well, not usually,” he joked in Melbourne.

He believes changing attitudes to university degrees – which are expensive and often don’t lead to jobs – will reshape what is being taught in schools.

“It is the university system that is holding it locked in place at the moment, the lure of a degree,” he said. “I think the more people recognise that that is no longer the golden ticket, people will start exploring other options.”

He said companies like Google didn’t care if people had a degree.

“Ironically, the pressure to get to university and to get a degree has been so intense that it has created such a system of conformity that people come out the other end and don’t have what these sorts of companies need,” he said.

“They want people to do all the things that the school system has been discouraged from teaching.”